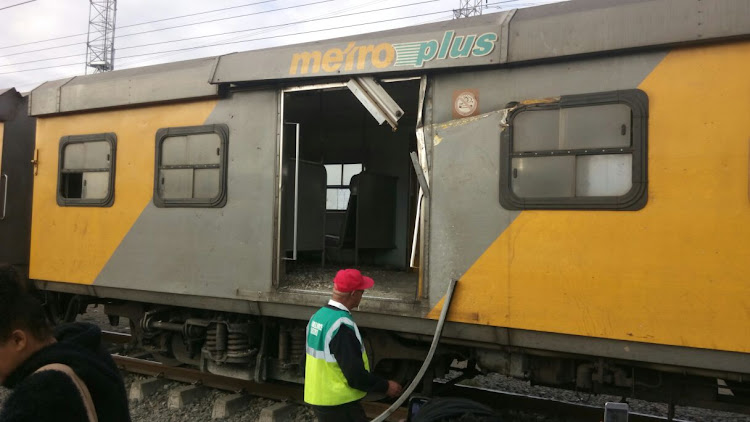 The damaged train that was involved in a collision with a truck at Eerste River level crossing in Cape Town on March 14 2018.
Image: Metrorail

A Metrorail train collided with a truck in Eerste River‚ Cape Town‚ on Wednesday causing hour-long delays on the Metrorail northern line.

“Emergency and technical teams are on site to render assistance. First reports from the scene indicate that the train crew suffered slight injuries; the extent of the truck driver’s injuries have yet to be confirmed‚” she said. No passengers were reported hurt.