How my pastor brainwashed me: 'He told me to divorce my husband'

'You end up thinking there is no God' 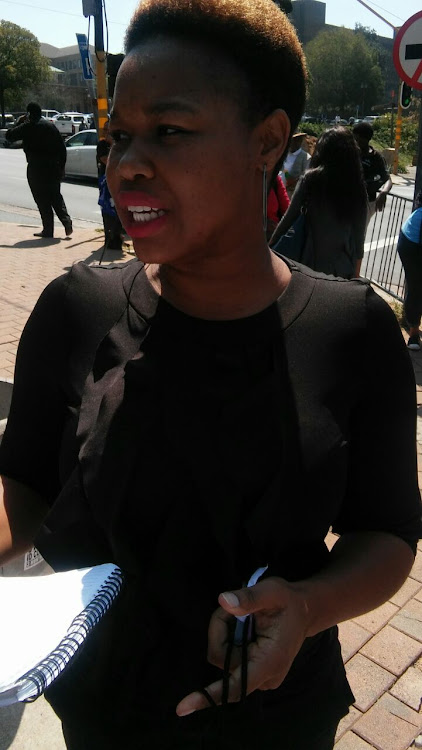 Tinyiko Masemola at the march against false prophets and pastors in Braamfontein, Johannesburg on March 14 2018.
Image: Penwell Dlamini

When Tinyiko Masemola joined a church in Ekurhuleni she was hoping to receive prayers and find a job‚ but instead she was consumed by drama that left her faith in tatters.

On Wednesday Masemola took part in a march to the SA Human Rights Commission and the Commission for the Promotion and Protection of the Rights of Cultural‚ Religious and Linguistic Communities (CRL) in Braamfontein against false pastors and prophets.

She detailed to TimesLIVE how an honest pursuit for divine intervention left her desolate. Masemola had been unemployed for two years when she was referred to a church in Ekurhuleni. At this church‚ a visiting pastor told her the cause of her predicament.

“He told me that the reason I am not getting a job is because the pastor of the church where I went to was manipulating me to be spiritually bound. He said to me‚ ‘No matter where you go‚ you will never get a job‚’” Masemola said.

The new pastor convinced Masemola to join his church‚ and that’s when the trouble started.

“The pastor told me I needed to divorce my husband because he is bad luck. He also told me that my mother-in-law is a witch. He made me buy oil. Every midnight‚ he would pray with me and I had to immerse my feet in the water and call him‚ with the oil also in the water‚ and we would pray. He told me that he is breaking the spirit that is making me not to get a job and caused bad luck for me‚” she said.

“I was not aware what this was doing to me. You become so attached to these pastors and very obsessed… The unfortunate part about it is that you also have a very bad relationship with God. You end up thinking there is no God. There is no love. There is no solution in this world.

"Most of the people who went to the same church and underwent the same experience‚ they don’t go to church.”

“Today I don’t really go to church but I do believe in a god that is not yet properly defined to me because of the many churches that I have already been to‚ the many different doctrines and belief systems.”

The pastor told me I need to divorce my husband because he is bad luck. He also told me that my mother-in-law is a witch.

Despite the constant rituals‚ Masemola did not get a job. In fact what happened was that the pastor moved into her home where she lived with her parents. He then wanted to start a church and people started coming to consult him. By then‚ Masemola’s parents had embraced the pastor.

“He prayed for people in the garage and wanted me to help him while people are coming to be prayed for. I sort of became the wife while I was not his wife.”

Masemola said the pastor was not pleased with the relationship she had with her husband then.

“Unfortunately with these pastors‚ you are never at a point where you are fully healed. There’s always a problem that you are chasing to fix with them. You are always stuck.”

Things deteriorated when Masemola’s dad was admitted to hospital‚ leaving the pastor to take over as the head of the house.

Then one day Masemola was scheduled for a job interview. The pastor prophesied that she would not get a job. The prophecy came true. It was this experience that made her and her family end the relationship with the pastor.

Just days after pastor Paseka "Mboro" Motsoeneng told TshisaLIVE that he would "save" troubled news channel ANN7 by bringing his TV show to them from ...
TshisaLIVE
3 years ago

The mother of convicted Limpopo prophet Lethebo Rabalago‚ also known as the "Doom Pastor"‚ has told the Mookgopong Magistrate' s Court that she will ...
News
3 years ago