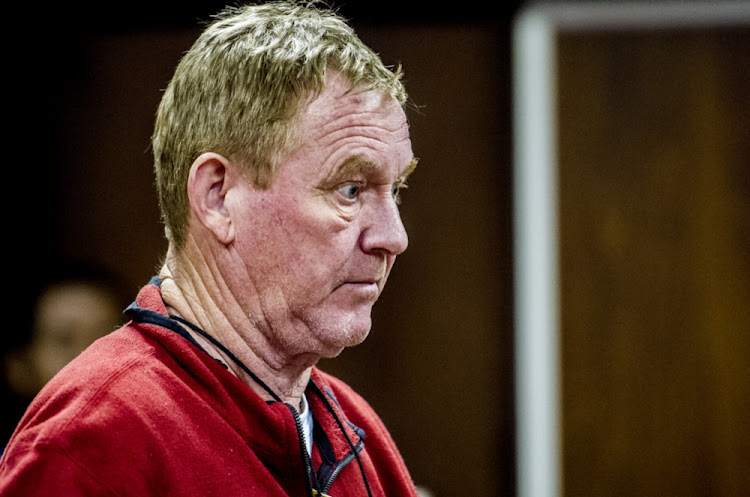 A Danish man found with “female genitalia” in his padlocked chest freezer has been sentenced to two life sentences for the rape of a minor and conspiring to murder his wife – sentencing proceedings are continuing.

Peter Frederiksen‚ who is in his 60s‚ was convicted of 36 charges by the high court in the Free State in November 2017. Then he was described as “certainly not a man of high moral standing” by Judge Johann Daffue.

On Thursday afternoon‚ during sentencing‚ Daffue called him manipulative and charming when he wanted to be‚ who showed no remorse for his actions‚ OFM News reported.

Daffue: "Your personality is such that you can manipulate any individual. (On the Charges of manipulating State witness). #PeterFrederiksen

The judge was quoted by OFM radio as saying: "Anyone who wants to make similar judgements in the future‚ should watch your videos and read your diaries. I have never felt so disgusted."

The sentencing is being live tweeted here.

He lived under the radar for almost a decade until the gruesome find set in motion an investigation to determine whether he had removed female genitalia in illegal operations.

Just how a fugitive from justice‚ convicted in 2006 of weapons crimes in Denmark‚ settled in South Africa‚ got an identity document and became the registered owner of a gun shop with R4-million in stock‚ was as baffling as the gruesome discovery that led to his arrest‚ reported the Sunday Times in 2015.

A Danish man found with “female genitalia” in his padlocked home chest freezer has been convicted of 36 charges by the High Court in the Free State.
News
3 years ago

“The accused is certainly not a man of high moral standing. He simultaneously married two women and was involved with people who believed in Satanism‚” Judge Daffue said during the conviction proceedings.

He was arrested after a domestic dispute that began when he reported his then 28-year-old wife to social services. Members of the Hawks descended on his townhouse in Bloemfontein. ‘‘When she was called in‚ she [said] there were certain body parts stored in his freezer‚” said Hawks investigator Warrant Officer Lynda Steyn.

Police said they had discovered diaries from 2004 recounting the genital mutilation of women‚ and found anaesthetics as well as pieces of dried female genitalia on a hook. Charges related to the removal of human tissue were later dropped when the court found that the National Health Act was not clear about penalties for such transgressions.

Molise was set to be the State’s star witness before she was gunned down in October 2015 outside her home in Maseru‚ Lesotho.

Following her husband’s arrest‚ Molise had returned to Lesotho after turning down an offer for witness protection.

During his trial‚ Frederiksen became emotional when he recounted hearing about his wife’s death while in prison.

“After I heard my wife had passed away‚ it changed everything in my life‚” he said‚ his eyes brimming with tears. They had two children.

One of his alleged victims previously told Danish newspaper Ekstra Bladet in a video interview that Frederiksen surgically removed part of her genitals after spiking her glass of champagne.

The bail application of Motlatsi Moqeti, accused of conspiring to murder the wife of alleged genital mutilator Peter Frederiksen, was postponed in ...
News
5 years ago

He thinks he is a god – ANCWL on alleged clitoris collector

ANC Women’s League members said they were now at ease knowing that genital mutilator-accused Peter Frederiksen – "who thinks he is a god" – will ...
Politics
5 years ago

The machine gun and arsenal of rifles, shotguns and detonators hidden inside his manicured family home rattled police in Denmark. But the contents ...
News
6 years ago