Farming town in chaos after man allegedly gunned down by guard 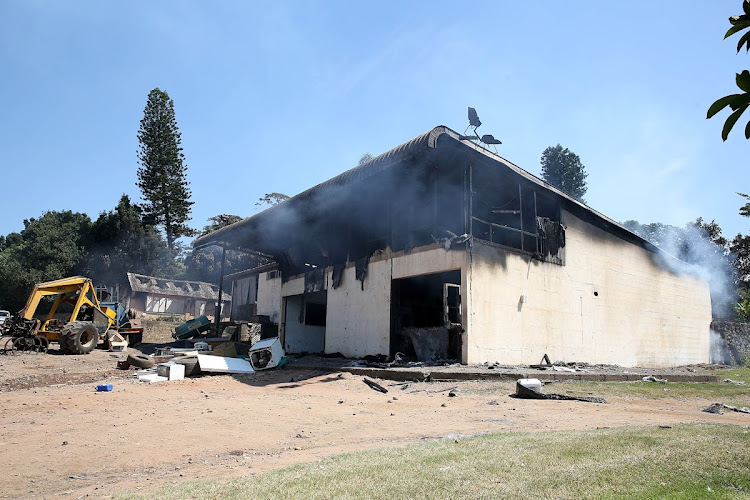 The farm house on Corby Estate that was burnt by the community after Siphamandla Xulu was shot by a security guard.
Image: Thuli Dlamini

As a fire raged through vast tracts of lush farmland in the hills that surround eShowe, sorrow swelled in the heart of Mfanufikile Xulu.

The death of his only son, Siphamandla, allegedly gunned down by a security guard on Wednesday while he gathered worms for bait, has set a spark to a tinderbox.

The 30-year-old fisherman had, his father insisted, been shot while running away from a security patrol, contracted to watch over thousands of hectares of lush sugarcane.

On Thursday the quiet farming town was plunged into chaos. Roads were barricaded and cane plantations and farm-houses were torched by rioters who ran rampant, all collateral damage to avenge Xulu’s slaying.

V1 Security CEO Nelson Mhlongo said he was not in a position to comment. He deferred calls by Times Select to his operations manager who was not available for comment at the time of publishing.

For the full story go to Times Select

Residents torched swathes of sugarcane plantations on Wednesday, March 15 2018, after a man was shot by security guards while he was fishing on a farm dam. The residents believe that this was on ...