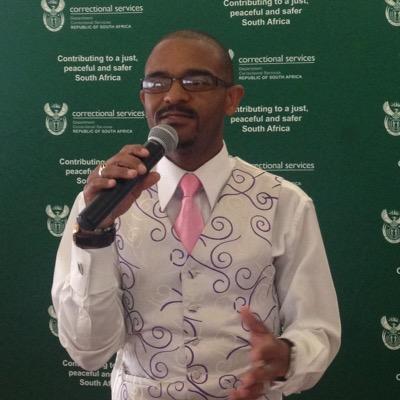 Learners are faced with gangsterism‚ bullying and many other psycho-social issues in and out of schools‚ something that most educators are not trained to deal with‚ says a psychologist.

Dr Welcome Witbooi was speaking at the Principal’s Upfront seminar‚ tackling ways to create safe and supportive learning environments on Thursday in Johannesburg.

“In the disadvantaged environments there is a higher risk of violence because this is the behaviour that is modelled for the children.

“Students are under constant stress and are in distress - some teachers aren’t specifically trained in emotional support and the children don’t feel heard‚” Witbooi said.

He said that pupils then engage in violent behaviour in the classroom because they “want to be seen as important‚ [they] want that lifestyle".

Language and a choice of words by both educators and parents can shape or destruct a pupil‚ said Witbooi.

"The message that adults give children is powerful. When a teacher calls a child 'rubbish' or the father says 'you will never amount to anything'‚ they feel useless."

He said the role of the parent is continuous even when the child is at school.

“We have a role that is bigger than when the children are in front of us. We need to work with learners and help them believe that their social backgrounds don’t determine where they will end up. The sky is the limit‚” Witpooi said.

Amongst other issues‚ he said that bullying is a “common occurrence in schools and we as teachers and principals need to listen more to the children”.

The Basic Education department's director for school safety Paseka Njobe told MPs last year that 22.2 percent of pupils had experienced a form of violence in schools.

“The 22.2 percent translates to 1‚020‚597 secondary school learners who had fallen victim to some sort of violence at school” in a year‚ the department said. About 20% of pupils had also experienced online violence‚ such as harassment or bullying.

Njobe told MPs that schools in communities with social problems like drugs and poverty had higher rates of violence‚ as did those which were poorly managed.

Director general for the department Hubert Mweli said school violence “undermines the core business of the department‚ which is teaching and learning”. He said “the social issues are coming fast and thick”‚.

Basic education minister Angie Motshekga says it is “completely unacceptable” for a five-year-old child to have drowned in a school pit latrine in ...
News
4 years ago

A change in values is needed to fight sexual abuse in schools: Fedsas

Rooting out sexual abuse in schools would require a change in how schools are run‚ and a change in society’s values.
News
4 years ago

South Africa urgently needs to fix the basic literacy and numeracy education in primary schools in order to prevent the fallout that occurs on ...
News
4 years ago