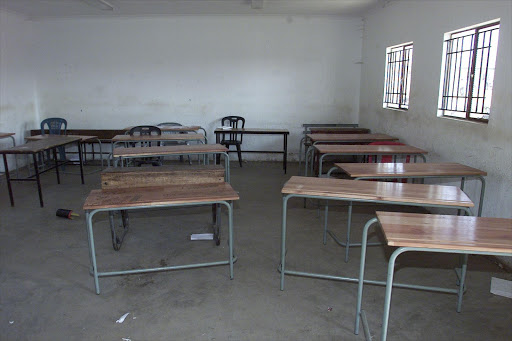 Violence and the indiscipline of pupils in schools are under-reported but violence is a reflection of South African society generally.

This is the reaction of the National Professional Teachers’ Organisation of SA (Naptosa) to the recent video of a teacher at Three Rivers Secondary School in Sedibeng being hit by a book thrown by a pupil.

Aptos president Basil Manuel told TimesLIVE on Friday: “I think there is far more violence against teachers than is being reported. The reason for that is that it is an embarrassment for the teachers to report these incidents.

“But these incidents are symptoms of society. All over South Africa‚ the society is violent. We can’t expect that our children will be different‚” said Manuel.

The Federation of Governing Bodies of South African Schools (Fedsas) has placed the blame squarely at the hand of parents on the violent behaviour ...
News
4 years ago

“What we have to do is deal appropriately with that type of incident‚” he added.

A video showing a pupil throwing what appears to be an exercise book at a teacher in the classroom went viral this week. In the video the teacher walks out of the classroom and appears to make a phone call.

The Gauteng education department announced that disciplinary process has been initiated against the pupil.

There have been other videos on social networks showing pupils in fist fights in classrooms.

Manuel said that the school and all those involved in education must ensure that pupils know that such behaviour is unacceptable.

Little Lumka Mkhethwa’s life was cut short in the most harrowing way on Monday‚ drowning inside her school’s pit latrine – and now her father is ...
News
4 years ago

Manuel said many teachers traumatised by such incidents of violence had resigned. This‚ he added‚ is “the respect environment [in the classroom] has been damaged”.

Some teachers go for counselling after violent incidents but others “don’t want to be recognised as having been manhandled or defeated [by pupils]. Even the process of counselling they see as an embarrassment‚” he said.

In the Sedibeng school video the other pupils are laughing as they watch the teacher being hit and walking out of the classroom.

“… they are laughing because they expected the teacher to react because society says you must fight back. The teacher did the right thing by not fighting back but walking out.

Manuel urged principals to create an atmosphere of discipline where there is respect for the teacher - and where the teacher respects the child. He rejected views that violent incidents happened predominantly in schools that are in poor communities.

It happens differently in wealthier communities‚ he said. “The child bullies the teacher and says ‘my mom pays your salary’.”