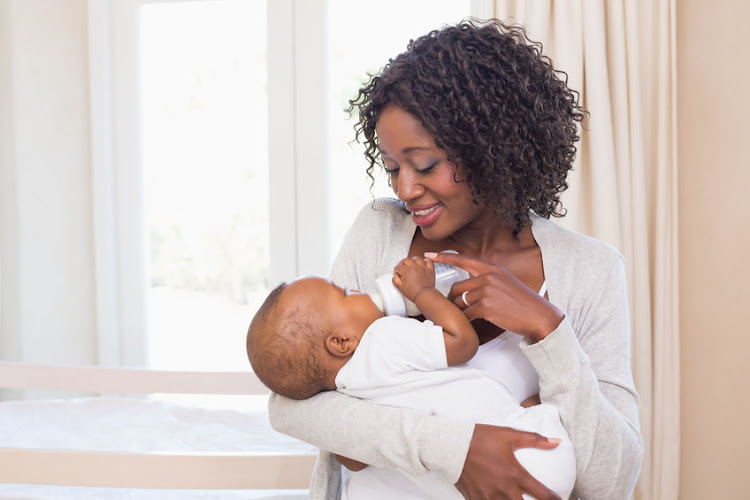 Babies who are bottle fed require 24 litres of clean water a day‚ the South African Breastmilk Reserve said on Monday‚ while voicing its concern that drought-induced water restrictions will lead to people overlooking good hygiene practices in an attempt to save water.

"Containers and utensils used for mixing formula that are not properly cleaned can create a breeding ground for bacteria‚" a statement by the Gateway Health Institute‚ South African Breastmilk Reserve and South African Civil Society for Women’s Adolescents’ and Children’s Health warned.

Diarrhoeal disease linked to water crises is a leading cause of death in young children‚ accounting for 22% of the 10 million annual worldwide deaths of children under five years old. "Some of these deaths are directly linked to contaminated water but many are due to secondary contamination through water-borne diseases that reach children through formula milk‚" they noted.

"Drought increases the transmission of bacterial and viral infection through food and water borne processes. Due to their immature immune systems‚ and continued lack of water sanitation‚ diarrhoea continues to be the leading cause of death in infants and young children in South Africa."

Another factor that contributes to the infant mortality rate is that millions of the country’s poorest people are struggling to access enough clean drinking water.

"Feeding an infant eight times a day on formula requires 24 litres of clean water a day‚ and about 170 litres a week‚" the NGOs said.

In an attempt to reduce the impact of the drought‚ the three organisations have partnered to launch Dare2Care. This campaign aims to support children under five by helping prevent the spread of diarrheal disease through various interventions.

One of their campaigns‚ "Kits4Kids"‚ is a call to action to bring emergency relief to mothers‚ babies and all citizens affected by the drought in water-stressed provinces. In July‚ Kits4Kids plans to distribute 20‚000 care packs containing sanitation and water purification kits to the Western Cape’s most needy.

See more about the campaign on its Facebook page, and its webpage.

As if the drought is not bad enough‚ the City of Cape Town is having to battle against thieves stealing from aquifer drilling sites‚ resulting in ...
News
4 years ago