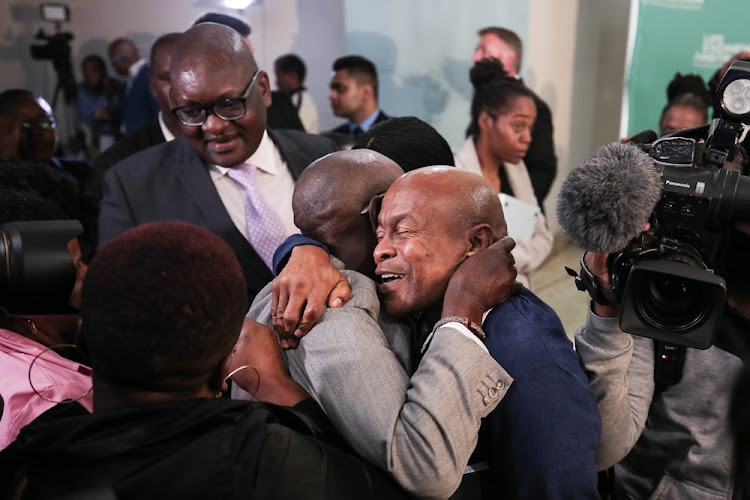 The rights of mentally ill patients and their families were flagrantly violated and disregarded during the Life Esidimeni debacle‚ retired deputy chief justice Dikgang Moseneke said in a scathing judgment on Monday.

Her plea of ignorance … is patently untrue.

“All the facts here point to cruelty‚” he said on the final day of arbitration hearings into the tragedy in which he said victims and their families had to be compensated.

Families of the mental patients treated cruelly by government must each receive payments of R20,000 for their funeral expenses‚ R180,000 for shock and psychological trauma and R1-million in constitutional damages.

Government is supposed to pay the compensation in a lump sum no later than three months from Monday.

Moseneke said although arbitration was unusual‚ it was intended to give closure to families and a chance to mourn and grieve.

As a sign of respect the former chief justice read out the names of the victims of the marathon project.

Mentally ill and vulnerable patients were stripped of their dignity‚ subjected to “torture” at ill-equipped NGOs and abandoned by arrogant provincial health authorities who abused their power and lied about the scale of the catastrophe‚ he said.

The hearings were held after at least 144 psychiatric patients died after 1,711 mentally ill people were moved from Life Esidimeni homes into ill-equipped and underfunded NGOs in 2016 in Gauteng.

Moseneke said more than 1,400 of the patients had survived “torturous conditions”. Some of them had been transported on the back of trucks like cattle‚ others did not get medication and some appeared to have starved to death. 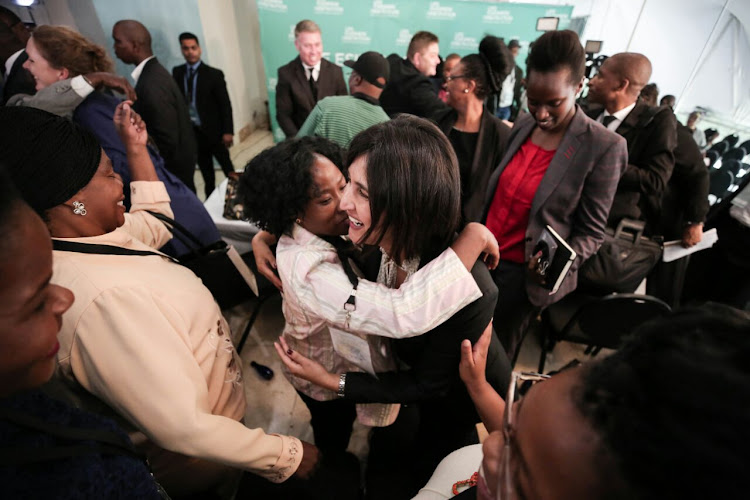 Legal representative for Section 27, Advocate Adila Hassim, celebrates with the relatives of the Life Esidimeni victims after Former Deputy Chief Justice Dikgang Moseneke ordered that the government pay R1.2 million to the families at the hearings in Parktown, Johannesburg on 19 March 2018.
Image: Alaister Russell/Sunday Times

Gauteng’s former health MEC Qedani Mahlangu was singled out for denying that she was responsible for the deaths‚ claiming instead that senior officials had lied to her.

“On all accounts she was at the helm of the marathon project. She was the ultimate leader and commander‚” said Moseneke. She was aware of the risks‚ brushed aside warnings that death might and did ensure.

“Her plea of ignorance … is patently untrue‚” said Moseneke. Her conduct was irrational and “she acted with impunity‚ thinking that she could get away with it”‚ he said.

Health minister Aaron Motsoaledi‚ in his testimony earlier to the hearings‚ said it was “one of the most painful and horrible events in the history of post-apartheid South Africa”.

"As minister of health‚ I wish to apologise unconditionally to the families and to all those who are still living. We have wronged them in a way unimaginable‚" he said.

Moseneke said the mass relocation from Life Esidimeni had left patients “isolated from their families”.

Here is a snapshot of the evidence presented to former Deputy Chief Justice Dikgang Moseneke:

There were conflicting accounts during the hearings as to why patients were moved in the first place. Some officials testified that severe financial pressure on the department of health led to the mass relocation as a cost-saving measure. Former Gauteng MEC for health Qedani Mahlangu said under oath: "You rob Peter to pay Paul at any one time."

Moseneke rejected the argument about cost cutting and said patients ended up being moved to NGOs that turned out to be “sites of death and torture”.

Patients were moved “from place to place” and often without proper records or medication. Patients had no access to doctors‚ let alone psychiatrists.

He said top health officials in the province had devised a plan for the mass relocation of patients without the consent of their families. They were loaded on buses and open trucks‚ some with their hands and feet bound.

Top provincial health officials‚ including Mahlangu‚ initially pleaded ignorance when people started dying. Moseneke said that Mahlangu‚ head of mental health directorate Makgabo Manamela and then head of the department Barney Selebano later “falsely” claimed ignorance about the scale of the catastrophe. Mahlangu was concerned about the political implications.

Health Ombudsman Malegapuru Makgoba investigated the decision to close Life Esidimeni and presented his report to the public beginning of February last year. Moseneke said his findings were "spot on".

The whereabouts of 44 patients remains unknown.

Moseneke said he will donate all his arbitration fees to law schools.

The reasons given by the officials for the decision to end the Life Esidimeni contract were not cogent‚ said Justice Dikgang Moseneke on Monday on ...
News
4 years ago

The final day of the Life Esidimeni hearings in which former Deputy Chief Justice Dikgang Moseneke will soon award constitutional damages to families ...
News
4 years ago