SARS boss Moyane refuses to step down despite Ramaphosa's request 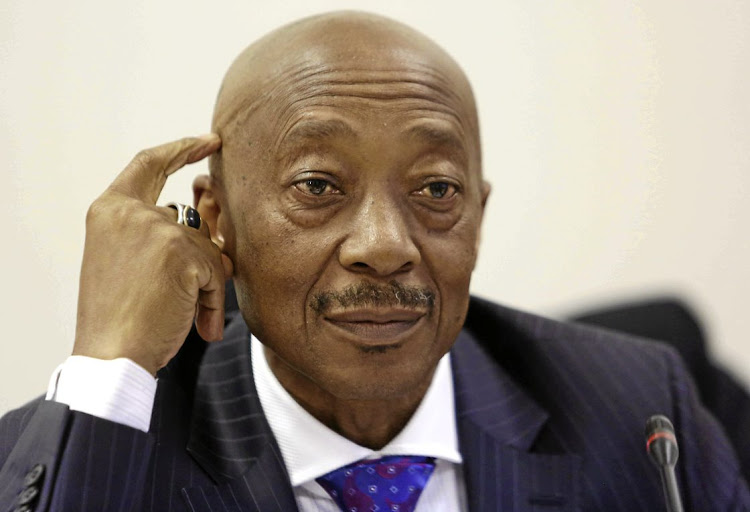 South African Revenue Service (SARS) commissioner Tom Moyane has refused to resign after he was asked to do so by President Cyril Ramaphosa.

Sources told TimesLIVE's sister publication Business Day that Ramaphosa asked Moyane to resign on Sunday night‚ but Moyane said he would not do so‚ citing the upcoming revenue results announcement as a reason.

According to the sources‚ Moyane intended using the results announcement to show his success as commissioner despite the tough economic climate.

A R48-billion hole in revenue collection is piling further pressure on Moyane‚ particularly as his leadership and handling of the allegations against his former second in charge‚ Jonas Makwakwa‚ comes under increased scrutiny by Parliament’s standing committee on finance.

SARS commissioner Tom Moyane has refused after he was asked to resign by President Cyril Ramaphosa.
News
4 years ago

The Presidency‚ contacted for comment on Monday‚ would neither confirm nor deny that the president had had a discussion with Moyane.

This comes on the cusp of an announcement by Moody’s on Friday about whether SA’s investment status would be downgraded.

On Monday‚ SARS issued a statement saying that Moyane was being vilified unnecessarily by the media.

Last week‚ Moyane announced the resignation of Makwakwa‚ after the Revenue Service commissioner had shielded him for more than a year. Moyane was presented with a Financial Intelligence Centre report into suspicious and unusual transactions into Makwakwa’s personal bank accounts and that of his partner‚ Kelly-Anne Elskie‚ in May 2016.

After a year-long investigation by international law firm Hogan Lovells‚ Makwakwa was cleared of all charges and returned to work in December after a year-long suspension.

Makwakwa resigned last week after it was disclosed that one of the companies channelling money into his personal bank accounts was appointed as a debt collector by SARS.