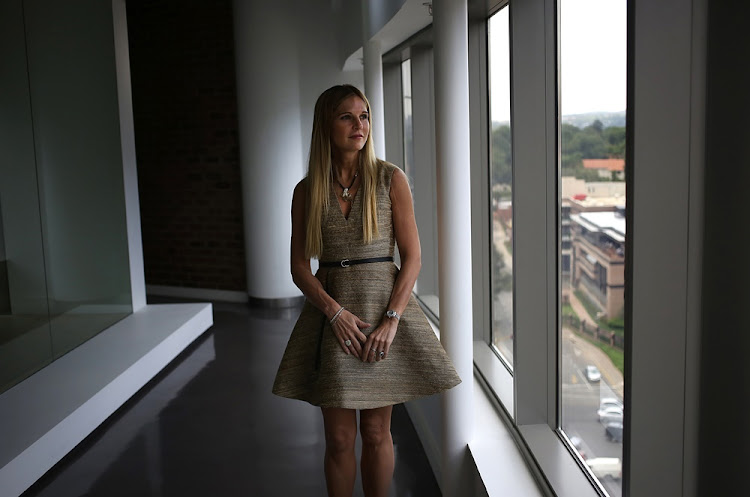 South African billionaire Magda Wierzycka apologised on Wednesday for commemorating the Sharpeville Massacre in a tweet featuring a photograph of Hector Pieterson. 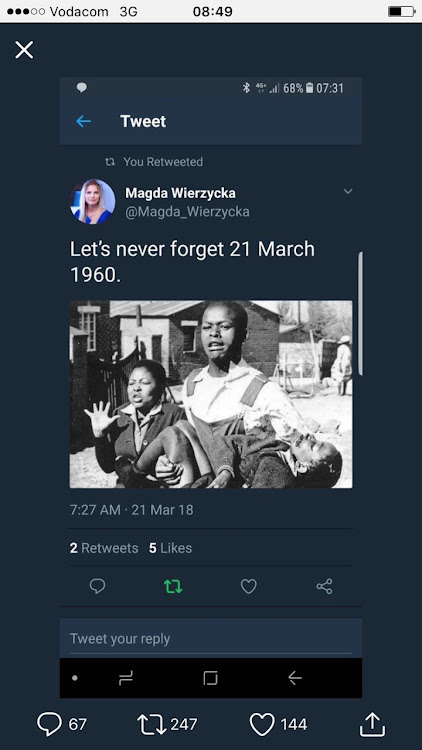 Businesswoman Magda Wierzycka is no stranger to Twitter wars. This week she received backlash after she tweeted the iconic picture of Hector Peterson in commemoration of Human Rights Day.

Wierzycka tweeted the iconic photograph of Pieterson’s body being carried away after he was shot during the Soweto uprisings on June 16‚ 1976.

Pieterson was one of the first people to be killed in the protests against the sole use of Afrikaans in schools.

Human Rights Day commemorates the anti-pass demonstration outside the Sharpeville police station near Vereeniging on March 21‚ 1960 where 69 people were killed and close to 200 people were injured.

Protesters marched to the police station to hand over their passes and demanded an end to the pass laws before the police opened fire on the crowd.

Commentators were quick to rebuke Wierzycka‚ suggesting she needed to brush up on her history.

I apologise. This has always been the iconic image of the massacres that happened in SA. Never again.

She later tweeted a photograph from Sharpeville.

At the weekend‚ Wierzycka apologised and offered R200‚000 for job creation after tweeting: “I often get asked‚ how can I help SA? Our biggest challenge = job creation.

A thought: let every household employ just 1 more cleaning lady or gardener. Just 1. I know it’s a financial sacrifice. But we all need to sacrifice if we are to save SA.

“I withdraw the comment. I thought it was a practical solution to a short-term serious problem of people living on social grants. I apologise if I offended anyone.”

So @Magda_Wierzycka has deleted her job creation tweet by employing domestic workers and gardeners. The point was not to silence you, Magda. Rather, to encourage you to be circumspect and sensitive. I hope deleting the tweet means a beginning of that process, for you.

The stakes for the capture of fugitive Ajay Gupta have been raised‚ with South African billionaire Magda Wierzycka upping the bounty on his head.
News
4 years ago

The bounty on the infamous Gupta brothers’ heads has been raised with multi-billionaire South African businesswoman Magda Wierzycka offering an ...
News
4 years ago

Magda Wierzycka: I know, I have made myself hugely unpopular

Not for the first time in recent months, a senior partner at an embattled corporate giant is sitting in Wierzycka's minimalist glass-walled boardroom.
News
4 years ago