Five provinces in for heavy rain and flooding 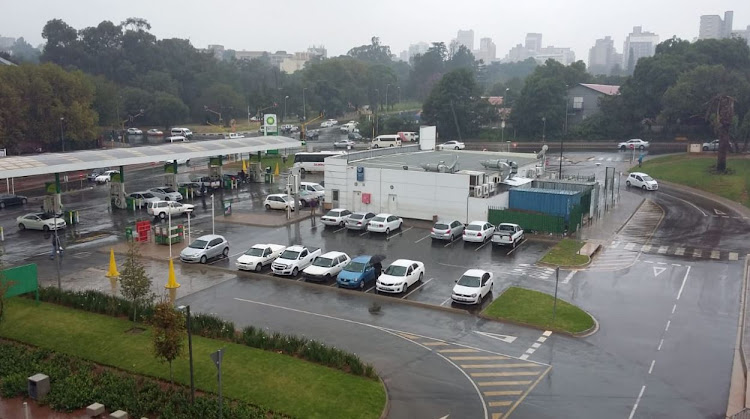 Heavy rains are expected to fall across five provinces bringing with them the risk of flash floods on Thursday and Friday.

The South African Weather Service (SAWS) warned that more than 50mm of rain is expected to fall in some areas. Johannesburg felt the impact with the rain playing its part in early morning traffic snarl-ups on Thursday.

The city’s department of public safety warned residents about the anticipated heavy rainfall.

“Cloudy and cold conditions together with an abundant influx of moisture will be brought about by a strong high-pressure system ridging behind the cold front‚ affecting the eastern coastline and adjacent interior of South Africa on Thursday. Similarly‚ cloudy and cold conditions will spread to the north-eastern parts of the country on Friday‚” said the weather service.

Tropically-sourced air from the northern areas of Botswana is the reason for the rain. “Due to the prolonged duration of this system and rainfall amounts exceeding 50mm in places over a large spatial coverage‚ ground infiltration capacity can be surpassed‚ leading to overland run-off and therefore a risk of incidents of localised flooding.

Dam levels in the Western Cape on Tuesday were recorded at 22‚7% and the province was not expected to get rain.

There will be thunderstorms in the Northern Cape on Thursday.

The weather service advised residents to exercise caution in the parts of the country experiencing heavy rain.

Editor's Note: A tweet deemed to be offensive that was included in an earlier version of this story has been removed.

Water saving measures in your home now a 'must have'

While government has declared the current drought a national disaster and is setting aside R6-billion to deal with the crisis‚ the battle for ...
News
4 years ago

Babies who are bottle fed require 24 litres of clean water a day‚ the South African Breastmilk Reserve said on Monday.
News
4 years ago