If old SA flag is banned‚ gay flag could be next: AfriForum 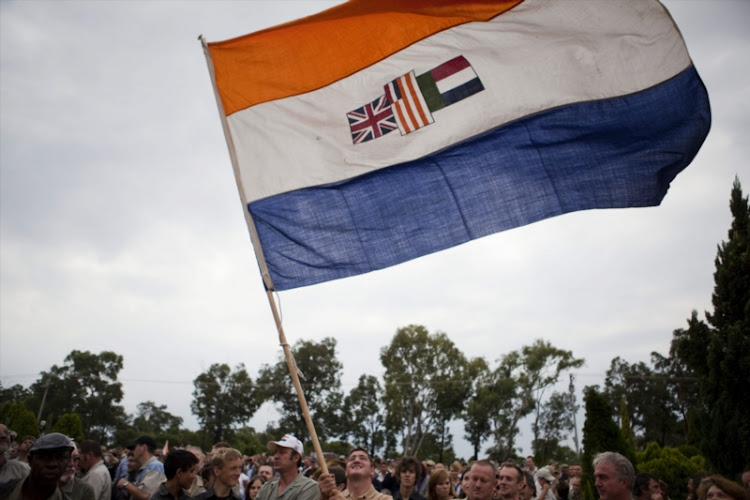 If the old South African flag is banned because it's offensive to certain people‚ then the rainbow "gay flag" could be banned too - according to AfriForum.

"Setting the threshold for the banning of symbols at the level of offence is a slippery slope that could lead to the banning of the Rainbow Flag"‚ AfriForum's Ernst Roets argues in papers filed at the Equality Court this week.

AfriForum is challenging an Equality Court application by the Nelson Mandela Foundation‚ in which it is seeking an order declaring the "gratuitous" display of the flag flown during apartheid as "hate speech‚ unfair discrimination and race-based harassment".

AfriForum on Wednesday expressed displeasure at the jail term given to convicted racist Vicki Momberg by the Randburg Magistrate's Court.
News
3 years ago

The foundation says it believes that while the old flag is part of history‚ it belongs in museums‚ documentaries and other creative works and not on public display.

But AfriForum says many people have suffered "atrocities" at the hands of the African National Congress‚ South African Communist Party and the British and may be offended by these organisations’ flags and the Union Jack‚ that these flags should also be banned if the public display of the old South African flag is criminalised.

AfriForum maintains that banning "gratuitous" displays of the old flag would amount to "an unconstitutional infringement of the right to freedom of expression".

It further argues that banning the public display of the old flag "could drive hateful views underground where they cannot be monitored".

In its papers AfriForum says the organisation acknowledges that "the old South African flag has the capacity to cause offence and emotional distress”‚ adding that "as an organisation‚ we have no particular love for the flag or what it represents".

Genocide on the farms? Show us the facts

A week ago I had one of those moments on social media when you get turned on for nothing. Well, almost nothing.
Opinion & Analysis
3 years ago

Displaying the old flag may be an act of advocating hatred in "certain" instances - but this "will not be so in all instances that [the foundation] seeks to prohibit"‚ according to Roets.

The foundation said it sought the partial ban of the old South African flag after repeatedly witnessing it being displayed at public events and hoping that such behaviour would stop.

“These displays demonstrably compound the pain experienced by millions of black South Africans who suffered under apartheid and continue to struggle under its legacy. Displays of the old flag at demonstrations against farm murders on ‘Black Monday’‚ 30 October 2017‚ at least two of which were verified‚ persuaded us that the time had come to act.”

Roets‚ however‚ maintains that reports of the old flag being displayed at these events were "overblown".

"Displaying the old flag is not hate speech‚ nor does it amount to a call to action‚ nor does it meet the threshold for incitement to cause harm‚" he argued.

In motivating for the ban on the public displays of the old flag‚ the foundation’s CEO Sello Hatang expressed his personal pain when he heard it was being waved at events in democratic South Africa – as it recalled the inhuman treatment he endured during apartheid.

In response‚ Roets said that the next time Hatang hears of an old flag being waved he "could use the opportunity to reflect on how far we have come as a nation".