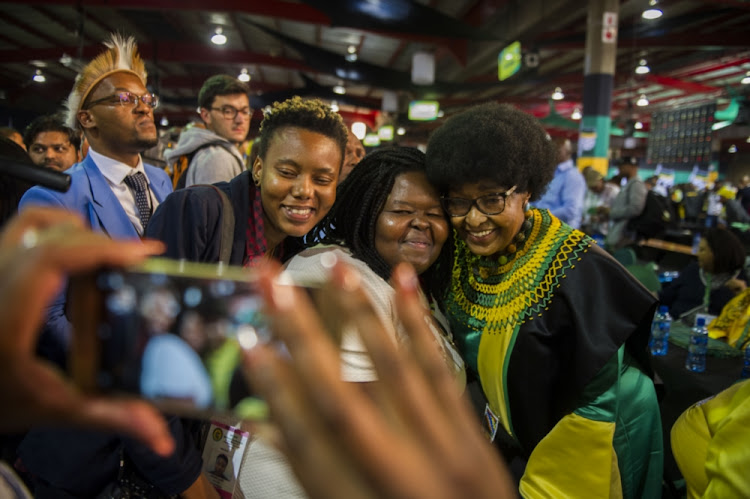 Winnie Madikizela-Mandela, a stalwart in the fight against apartheid, died on Monday at the age of 81, triggering an outpouring of tributes to one of the country’s defining and most divisive figures.

She died at the Netcare Milpark Hospital in Johannesburg after a 'long illness'.

Family spokesman Victor Dlamini said: “She died after a long illness‚ for which she had been in and out of hospital since the start of the year. She succumbed peacefully in the early hours of Monday afternoon surrounded by her family and loved ones.”

President Cyril Ramaphosa on Monday evening announced that the struggle stalwart would receive a state funeral on April 14. An official memorial would take place three days earlier‚ on April 11.

Born in Bizana in the Eastern Cape in 1936‚ she moved to Johannesburg to study social work after matriculating.

She met lawyer and anti-apartheid activist Nelson Mandela in 1957 and they were married a year later. They had two children together.

However‚ her marriage life with Mandela was short-lived‚ as he was arrested in 1963 and sentenced to life imprisonment for treason. In 1990 the world watched when Nelson Mandela finally walked out of prison — hand in hand with Winnie. But they separated just two years later and divorced in 1996 after a legal wrangle that revealed her affair with a young bodyguard.

During Mandela’s time in prison‚ Madikizela-Mandela was in and out of jail as the police hounded her in a bid to demoralise him. Government security forces tortured her, tried locking her up, confined her to Soweto, and then banished her to the desolate town of Brandfort, where her house was bombed twice.

Winnie remained at the forefront of the struggle, urging students in the Soweto uprising in 1976 to “fight to the bitter end“.

In 1991‚ she was convicted of kidnapping and being an accessory to assault of Stompie Seipei‚ a young activist who was killed by a member of her bodyguards‚ the Mandela United Football Club.

Madikizela-Mandela’s bodyguards had abducted Seipei‚ 14‚ in 1989‚ along with three other youths‚ from the home of Methodist minister Paul Verryn.

Her six-year jail sentence was reduced to a fine, and she denied involvement in any murders when she appeared before Archbishop Desmond Tutu at the Truth and Reconciliation Commission hearings.

“She was a tremendous stalwart of our struggle, and icon of liberation — something went wrong, horribly, badly wrong,” Tutu said as damning testimony implicated her.

Nomzamo Winifred Madikizela-Mandela has died at the age of 81. We look back at moments of her life in pictures.
Politics
4 years ago

She served as a deputy minister in Mandela’s government, but was sacked for insubordination and eased out of the top ranks of the ruling party.

Her marriage to Mandela began to flounder a few years after his release. The couple divorced in 1996‚ 37 years after their marriage.

After a 2003 conviction for fraud, she later rehabilitated her political career winning a seat in parliament in 2009 elections.

In 2016‚ she was conferred an Order of Luthuli in Silver during the National Orders Awards ceremony for her excellent contribution to the fight for the liberation of the people of South Africa.

Tributes poured in as news of her death broke.

“For many years‚ she bore the blunt of the senseless brutality of the apartheid state with stoicism and fortitude. Despite the hardship she faced‚ she never doubted that the struggle for freedom and democracy would triumph and succeed. She remained throughout her life a tireless advocate for the dispossessed and the marginalised. She was the voice for the voiceless‚” Ramaphosa said.

Tutu described Madikizela-Mandela as having for many years been the defining symbol of the struggle against apartheid.

“She refused to be bowed by the imprisonment of her husband‚ the perpetual harassment of her family by security forces‚ detentions‚ bannings and banishment. Her courageous defiance was deeply inspirational to me‚ and to generations of activists.

The ANC in Gauteng said Madikizela-Mandela provided council to it whenever it was needed.

“Our deepest condolences to the Madikizela and Mandela family for this loss. The nation mourns with you. The nations celebrates with you. Mama Winnie’s was a life well lived in the service of the people‚” the party said in a statement.

African Democratic Change leader and former ANC MP Makhosi Khoza said Madikizela-Mandela supported her during the most turbulent of times in Parliament.

Nobel peace laureate and archbishop emeritus Desmond Tutu has joined the nation in mourning the death the death of struggle stalwart Winnie ...
News
4 years ago

President Cyril Ramaphosa has praised the late Winnie Madikizela-Mandela for her determination and courage during the toughest times of apartheid.
Politics
4 years ago

“She was a woman that was beside me throughout my trials and tribulations last year. When I was facing persecution‚ she was phoning me on a daily basis. She actually gave me the strength to go on. I don’t know how much more I can actually say,” she said.

The Nelson Mandela Foundation described her as “the mother of the nation”. The foundation said: “The struggle could never have been what it became without the undying zeal and passion of Mam' Winnie‚ both for the country and our people.”

The ANCWL said Madikizela-Mandela endured physical and emotional torture under the apartheid regime and never thought of quitting the struggle to follow her career as a professional social worker.

“Because of her love of the people she remained committed to the struggle for better live for all until her last day on earth,' the ANCWL said in a statement.