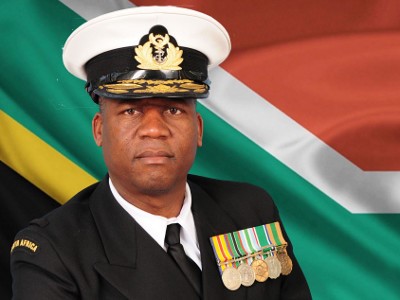 Military police are investigating a charge of assault against the navy’s head of maritime strategy, David Mkhonto, after he allegedly attacked a colleague with a knobkierie.
Image: Supplied

The post-apartheid South African navy has yet to fire a shot in anger. The same cannot be said of top naval personnel‚ who are embroiled in yet another skirmish – allegedly involving a knobkerrie.

Military police are investigating a charge of assault against the navy’s head of maritime strategy‚ David Mkhonto‚ who allegedly attacked one of his subordinates in his Simon’s Town office last year‚ it emerged last week.

Documents in the possession of Times Select reveal Mangolele reported the assault to the chief of the Simon’s Town base in November but did not receive a reply. He then reported the matter to military police on February 26.