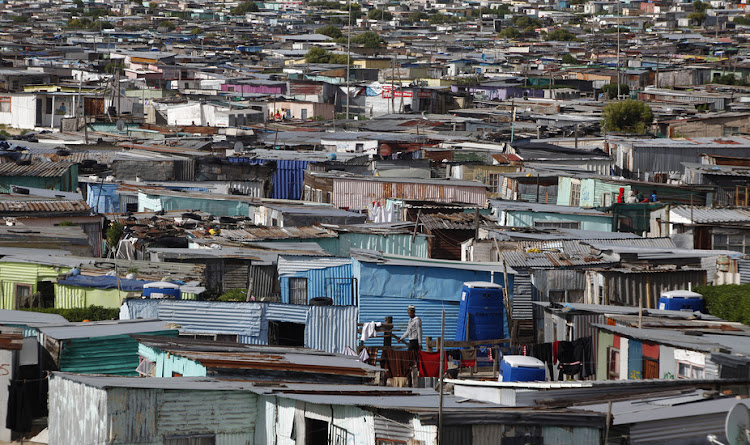 More than half of South Africans live below the national poverty line of R992 per month.
Image: Reuters/Mike Hutchings via The Conversation

South Africa is the most unequal country in the world. This is according to a new report by the World Bank that listed 149 countries.

The report analysed South Africa’s post-apartheid progress‚ focusing on the period between 2006 and 2015.

Neighbours Namibia and Botswana were second and third.

More than half of South Africans (55.5%) or 30-million people live below the national poverty line of R992 per month. This number increased since 2011.

The report found poverty has a “strong spatial dimension” which demonstrates the enduring legacy of apartheid.

'Why must the poor pay for social grants?' asks DA

The DA said on Thursday that it was opposed to social grant recipients being charged banking fees to access their payments.
Politics
3 years ago

“Poverty remains concentrated in previously disadvantaged areas‚ such as the former homelands.”

“South Africa as one of the most unequal countries in the world‚ with consumption inequality having increased since 1994. Wealth inequality is high and has been rising over time. A polarised labour market results in high wage inequality.”

World Bank South African director Paul Noumba Um said: “South Africa has a dual economy where on the one hand is a small high-skilled‚ high-productivity economy and on the other hand‚ a large low-skilled‚ low-productivity one.”

World Bank southern Africa economist Victor Sulla told NPR: “The people at the bottom in South Africa‚ they get wages comparable to the people who live in Bangladesh. It’s very‚ very poor.”

He added: “If you take the top 10%‚ they live like in Austria. So it’s a very high level even by European standards or even by U.S. standards. And we are talking just about employees‚ people who are getting paid. And not the super-rich who are earning income from factories or property or other investments.”