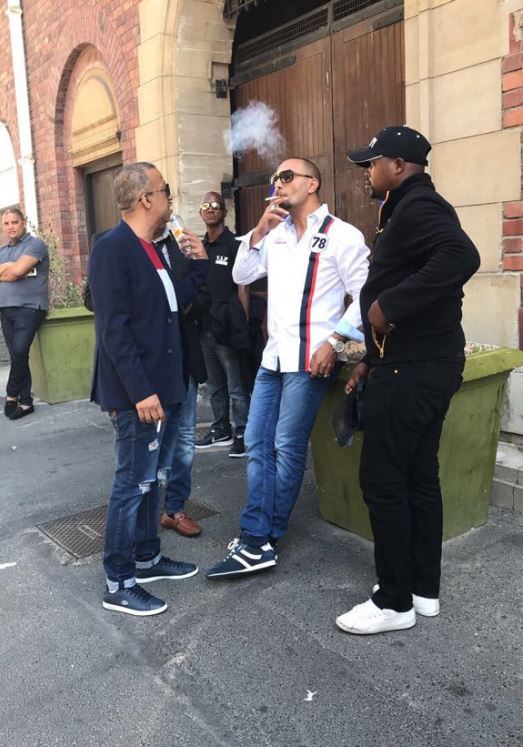 Private security guards with assault rifles patrolled outside a Cape Town court where alleged mafioso Nafiz Modack heard he would stand trial for extortion on May 28.

A fifth accused‚ Jacques Cronje‚ did not appear as he was involved in a bail application in the Wynberg Magistrate’s Court on intimidation charges relating to an incident at Tasha’s restaurant in Constantia last month.

The Modack Group‚ as police have referred to them in court‚ is alleged to have sparked a nightclub security turf war in Cape Town by muscling in on the operation of alleged underworld boss Mark Lifman.

Thursday’s proceedings were to arrange a regional court date‚ but defence lawyers took the opportunity to claim that investigating officer Lieutenant-Colonel Charl Kinnear had not responded to their clients’ requests for permission to leave the province.

Modack also faces charges in Johannesburg for allegedly extorting strip clubs‚ but his bail conditions say he needs to inform Kinnear whenever he wants to leave the Western Cape.

His lawyer‚ Irfaan Parker‚ claimed he was chased away from Cape Town Central police station when he went to complain about Kinnear.

Police impounded three of the defendants’ bulletproof vehicles on Thursday‚ saying they contained “illegal gadgets”. After their court appearance‚ the defendants had to wait half an hour for two of the vehicles to be released. Police refused to return a Mercedes Benz.

Alleged extortion boss Nafiz Modack and four other men alleged to be taking over nightclub security in Cape Town will be tried in the regional court ...
News
3 years ago

Modack told TimesLIVE he brought in 10 security guards from Johannesburg for his court appearance. “They drove down because the police keep arresting our security guards in Cape Town‚” he said.

The guards were armed with R5 and AK47 assault rifles. Defence lawyer Rooshdeen Rudolph said the security detail was necessary because of a R20-million bounty on Modack's head.

Modack and his lawyer‚ Bruce Hendricks‚ said they intended to lay criminal complaints against the police for allegedly intimidating the bodyguards and seizing the vehicles.

Gang boss ‘Donkie’ Booysen survives yet another attempt on his life

Alleged 26s and Sexy Boys gang boss Jerome "Donkie" Booysen has survived a fourth shooting aimed at him in less than 12 months.
News
3 years ago

An alleged Cape Town extortion racketeer was arrested on Monday night after an alleged assault and intimidation incident in Diep River on Wednesday.
News
3 years ago

For the first time since December‚ five alleged Cape Town extortionists sat down to a dinner which did not consist of Pollsmoor Prison gruel.
News
3 years ago