SA philanthropists give universities a boost 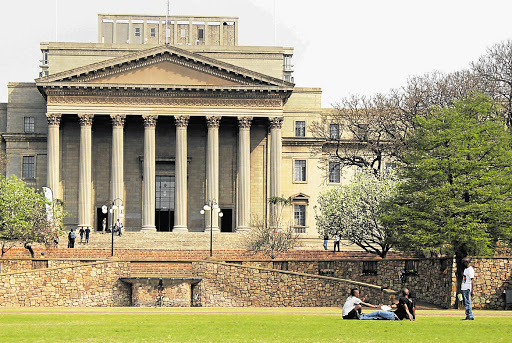 Donations to local universities from South African philanthropists now exceed the income they derive from abroad.

Universities benefited from philanthropic efforts amounting to R1.63-billion in 2016‚ an increase of nearly R1-billion over the last four years.

But as much as 90% of that funding went to traditional higher education institutions as opposed to universities of technology‚ for example.

That’s according to the latest Annual Survey of Philanthropy in Higher Education (ASPIHE). The bulk of the financial contributions come from local trusts‚ foundations‚ corporations and individuals.

Twelve of South Africa’s 26 universities participated in the latest survey‚ which is based on 2016 figures.

According to ManpowerGroup’s 2017 Total Workforce Index, the jobless rate in South Africa is now at a 14-year high, topping 36% inclusive of the ...
Features
4 years ago

Researcher Dr Sean Jones welcomed the increase of local funding. “The private sector has increased its contributions dramatically from R94-million in 2013 to R235-million in 2016‚ while income from local private donors increased very significantly from R72-million to more than R500-million over four years‚” he said.

The historical over-reliance of the South African higher education sector on international donors and grant-makers has begun to diminish‚ although there remains considerable support and goodwill among foreign donor agencies towards higher education institutions in this country.

About 500 University of KwaZulu-Natal students downed pens on Monday in protest against living conditions and security issues at their places of ...
News
4 years ago

Of the universities of technology that benefited‚ one was a major beneficiary having received over R123-million of the R156-million received by the non-traditional bloc. This left R33-million for the rest of the institutions.

“(The issue) needs to be addressed sensitively‚ wisely and creatively by philanthropy and the higher education sector alike‚” said Jones.

Nazli Abrahams‚ programme director at Inyathelo‚ the South African Institute for Advancement‚ said if the disparity continued‚ it would perpetuate the status quo.

Abrahams said that investment was crucial to sustaining higher education throughout a difficult period.

"The increase suggests mounting recognition across all sectors of the critical need to partner and invest in higher education if it is to survive‚ and indeed thrive‚ in the context of the most severe fiscal challenges ever faced by this country’s universities‚” she said.