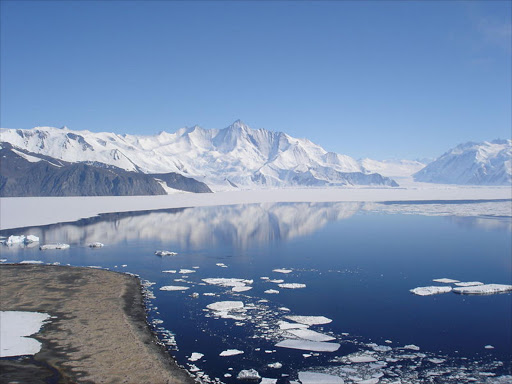 South Africa will play a key role in an unprecedented expedition to one of the remotest places on Earth.

The Weddell Sea Expedition is heading to the Weddell Sea region of Antarctica in January and February 2019. It will study the ice shelf and marine life of the Larsen C Ice Shelf. The team of 30 will also look for the ship Endurance that sank in November 1915. Sir Ernest Shackleton’s ship sank after ice trapped and crushed it.

The Royal Geographical Society will announce the expedition in London on Tuesday. Dutch charity the Flotilla Foundation‚ which funds marine research‚ is financing the expedition.

Researchers from the University of Cape Town‚ Nelson Mandela University and the South African Environmental Observation Network will join the researchers and crew from Britain and New Zealand.

The expedition said in a media statement there had been little commercial fishing in the area‚ which is home to 14‚000 species‚ due to the thick sea ice.

“This unique area is home to marine animal communities and ecosystems that have adapted to Antarctic living conditions over millions of years … Marine biologists have compared the diversity of species found here to that of tropical coral reefs.”

“Ice shelves are of particular scientific interest because they are susceptible both to atmospheric warming from above and ocean warming from below.”

The explorers will use the Department of Home Affairs’ S.A. Agulhas II vessel‚ which was built in 2012. It houses laboratories and other research facilities. The strengthened vessel can break ice more than one metre thick.

The team will use Underwater Autonomous Vehicles (AUVs) to survey up to 3km underwater and work 100 nautical miles away from the vessel.

Aerial drones and satellite remote sensing will help the captain to find the easiest path through the ice.

The Weddell Sea is approximately 2.8 million square kilometres and was discovered by British explorer James Weddell in 1823.

Professor Julian Dowdeswell from the University of Cambridge planned the expedition.

“Antarctica has about 1.5 million square kilometres of floating ice shelves‚ which have been surveyed and studied from above‚ but only very rarely from beneath. Many of these ice shelves are thinning and retreating rapidly‚ making scientific investigations here very timely.”