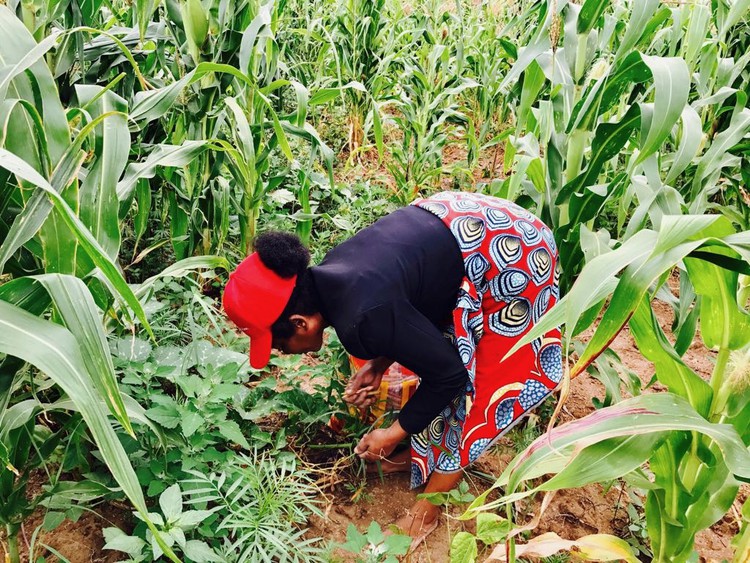 Tsonga men and women have been farming open municipal land, such as this field along Paul Kruger Highway, for over ten years.
Image: Kimberly Mutandiro

A group of more than 30 Tsonga men and women have been farming parcels of unused urban municipal land on the East Rand for over a decade.

They have about ten open spaces in Benoni‚ Daveyton‚ and New Modder. They assign land to various individuals to farm and get together at planting and harvest time. They also rotate crops according to traditional farming practices. When the municipality tells them to get off the land or sells it‚ they move on.

Every morning‚ Grace Matebula walks from her house in Daveyton to Benoni‚ where she shares a field with four people. She says she has not bought vegetables since coming to Johannesburg 15 years ago.

“ln Giyani [in north-east Limpopo]‚ where we come from‚ only lazy people buy vegetables from other people. A real woman wakes up early in the morning and goes to the fields‚” says Matebula.

Her fields in Benoni give her and her family enough maize for a half-year supply of mieliemeal. She is now 53 and has raised three children. She also plants beans‚ which she and her family use to make gravy‚ and she keeps a small garden at home to grow morogo.

“Tsonga people value traditional food‚ which we can only plant ourselves. Our fields keep us going‚” says Matebula.

Mama Chauke and her daughter‚ Clara‚ work fields along Paul Kruger Highway in Benoni. They start at 6am every day. For over ten years they have grown maize‚ beans and groundnuts here. 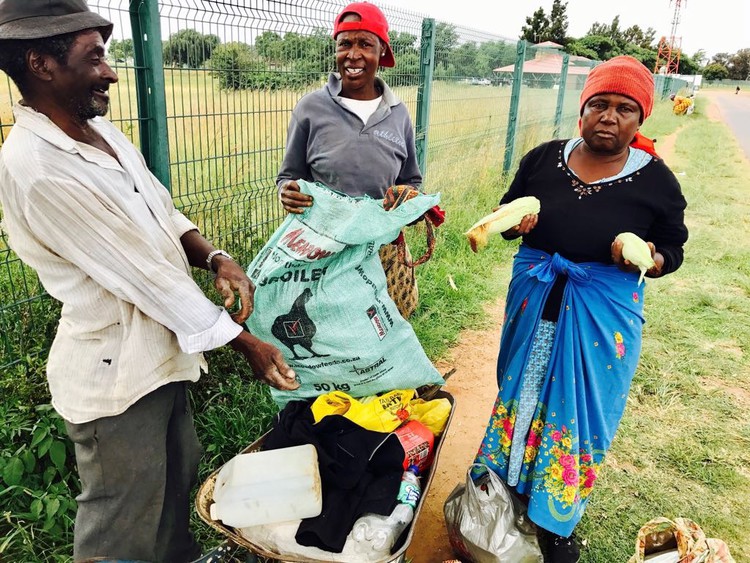 “Coming to Egoli we saw the open spaces of land as an opportunity to grow food for ourselves‚” she says.

Chauke learned how to farm growing up in Mozambique. Although at first she worked as a domestic worker‚ she has always found time to farm. She sells her surplus food to neighbours and friends.

“Thieves steal our maize and sell at R2 when the normal price is R6 to R8 a cob. It’s very frustrating. We are only happy if we can fill more than ten bags each when we harvest‚” she says.

The maize is not yet even fully ripe when thieves raid her fields. They seem to be only after the maize; they don’t steal beans or groundnuts.

“It’s painful to realise that someone is freely reaping your hard work‚” says Chauke.

She says she once caught a young man stealing her maize. When she tried to reprimand him‚ he called her ‘a Shangaan’. He then stole her phone. “He told me to go back to Mozambique and leave South African land for South Africans‚” she says.

Jo-Ann Shabangu‚ who is 61‚ has four children who take turns farming land in Benoni. “It’s important for my children‚ who grew up here in Johannesburg‚ to learn how we survive as Tsonga people. We thrive on farming‚” she says.

Shabangu was born in Xai-Xai‚ Mozambique. She has been living in Benoni for over 17 years. She does not have an ID. Her husband obtained one before the 1994 elections. They have never had jobs‚ but rely on farming and selling roast maize and cow head meat. 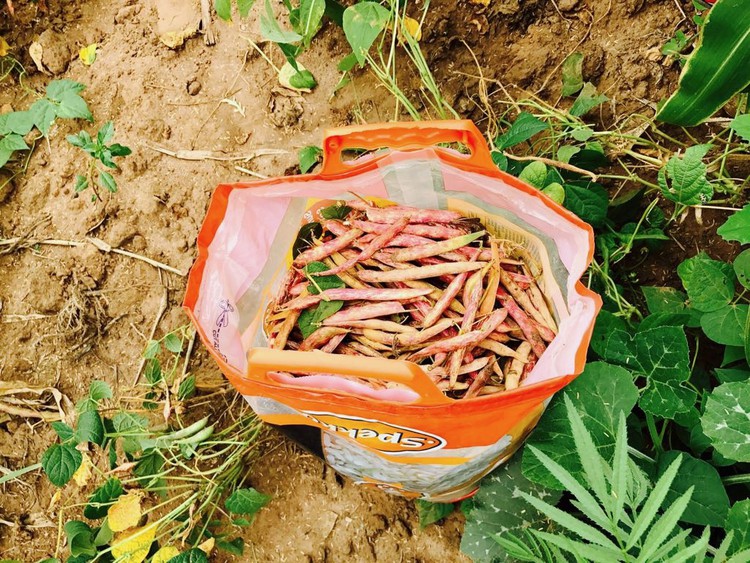 “We are only happy if we can fill more than ten bags each when we harvest,” says Mama Chauke.
Image: Kimberly Mutandiro

Lucas Mawele‚ who was born in Manyisa‚ Mozambique‚ and is in his late 70s‚ shares a field with his adult daughter‚ Elisa. They grow maize‚ morogo‚ tomatoes and beans and farm a large piece of land in Kingsway.

“l love spending time with my father in the fields. He taught me everything l know‚” says Elisa. “No one gave us permission to plant in these fields‚ but the municipality warns us when someone buys the land‚ then we move on.”