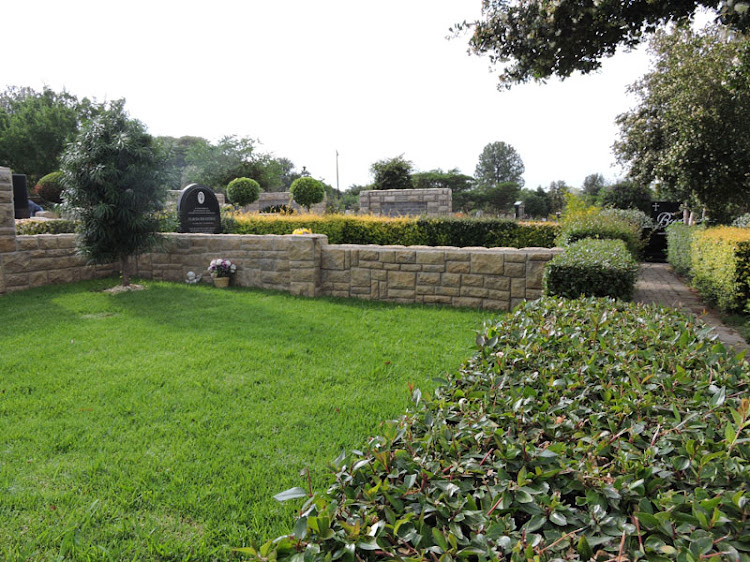 Winnie Madikizela-Mandela will be laid to rest in the tranquil and exclusive Fourways Memorial Park on Saturday.

The park‚ which was formerly a flower farm‚ is the same place where her late great-granddaughter Zenani Mandela was buried in 2010 after being hit by a car.

Due to privacy concerns‚ Wikus Lategan‚ Group CEO of Calgro M3 Memorial Parks‚ could not divulge much about the preparations for Madikizela-Mandela's funeral but spoke to TimesLIVE in general.

"The preparations don't differ much from the preparations of ordinary people. We just pride ourselves in giving a dignified funeral for people's loved ones. It's a tranquil‚ quiet and relaxed environment‚" Lategan said.

Lategan said that security and privacy were the key things that set them apart.

'She spoke of forgiveness‚ but Winnie's tears could not fall'

While her former husband‚ Nelson Mandela‚ could no longer shed tears because his tear ducts had been damaged by light and dust in the limestone ...
News
4 years ago

"We are always ready to host a funeral. The place is well maintained as cleanliness is a big thing for us‚" he said.

On average‚ the park takes about 10 to 20 funerals on Saturdays‚ he said. He said when it comes to big funerals‚ control and security was everything.

According to their website‚ the park offers state-of-the-art security‚ which includes 24-hour surveillance and guards‚ an armed response‚ access control‚ electric fencing and a 2-4 metre perimeter wall. Prices for a grave start from R28‚000.

"The landscape park also provides a sanctuary in which to pay respects to the deceased. The thatched stone chapel features large wooden windows‚ wooden benches‚ railway sleeper doors and a tranquil view. The chapel is not a consecrated chapel since families from differing religious and cultural persuasions make use of this facility‚" the website says.

The life of Winnie Madikizela-Mandela was celebrated at her official memorial on April 11 2018 at Orlando stadium in Soweto. The struggle icon died on April 2 2018.

Malema to speak at Winnie’s funeral despite ANC qualms

EFF leader Julius Malema is billed to speak at Winnie Madikizela-Mandela’s funeral on Saturday after a special request from her family.
Ideas
4 years ago

The government protects apartheid symbols‚ but not the house of Winnie Madikizela-Mandela in Brandfort in the Free State‚ says EFF leader Julius ...
Politics
4 years ago

City of Cape Town mayor Patricia de Lille will have to explain herself to DA top brass on why she attended an EFF memorial for Winnie ...
Politics
4 years ago

Winnie Madikizela-Mandela memorial was a day of laughter, tears

Winnie Madikizela-Mandela's official memorial service at Orlando Stadium in Soweto was a celebratory event with an electric and jovial crowd.
Politics
4 years ago