Five-year guarantee on fridge from Game is misleading: ASA 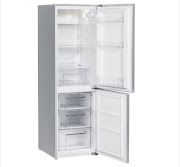 Consumers should beware of misleading advertising; a five-year warranty may be shorter than you think.

The Advertising Standards Authority (ASA) has found that an advertisement by Game Stores offering a five-year guarantee on a fridge it sells is misleading.

A consumer‚ Reynier Carelse‚ complained to the ASA about Game’s website‚ which showed a KIC fridge being advertised for R3‚999 and with a five-year guarantee.

When Carelse went to the store‚ he was informed that the product only had a two-year warranty and that the warranty could be extended by purchasing an extended warranty starting at R399 for two years.

Despite efforts by ASA to get a response from Game‚ there was none‚ forcing it to make a ruling based on information submitted by Carelse.

ASA also faced another problem because Game is not a member of the ASA and does not consider itself bound by the authority.

According to the Supreme Court of Appeal last year‚ the authority has no jurisdiction over any entity that is not a member of ASA.

In its ruling‚ which is for guidance to its members‚ the ASA Directorate said it appeared from the information supplied to it that the advertiser did not deliver on the advertised guarantee.

“Accordingly‚ the advertisement misleads consumers into believing that the advertised KIC Fridge comes with a 5-year guarantee for the advertised price. However‚ this is (on the face of it) not the case‚” ASA said in its ruling.