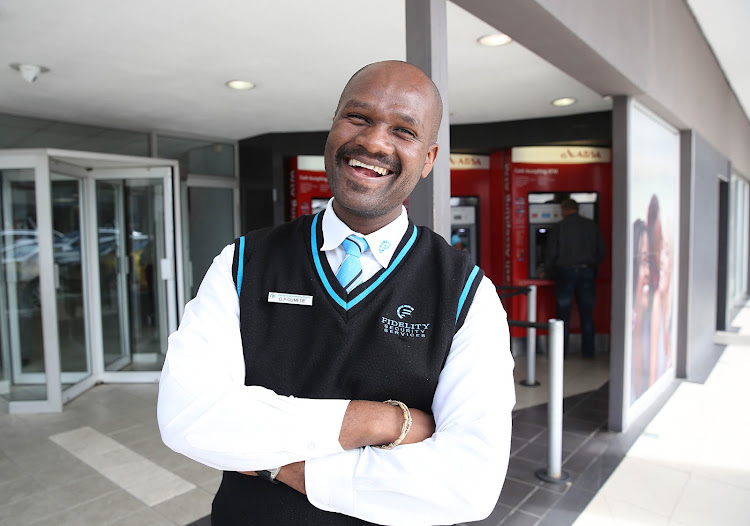 Divine intervention for a Durban pastor came in the form of a soft spoken security guard named Oscar Gumede – who stood guard over R2,000 the churchman forgot in an ATM.

When Pastor Tolla Oosthuizen realised he had forgotten his cash at the bank he rushed back to the ATM‚ only to find the watchful Gumede at his post‚ having safely stowed the money.

“I was in the police for 26 years and I never experienced something like that. It was mind blowing and I am so grateful. I had a lot of expenses the following week with birthdays and travel so it was money I really needed‚” he said.

Oosthuizen had visited the bank on Easter Sunday with his six-year-old grandson and while drawing money the boy had wondered off. In his haste to stop his grandson walking into traffic he rushed to grab his hand‚ forgetting the money he had just drawn.

“I went to the shops and the flea market and just continued with what I needed to do. As I arrived home I realised I hadn’t taken my money. I just heard the Lord in my head saying ‘trust in me’‚” said Oosthuizen.

He said when he returned to the bank there was still a lot of activity around the ATMs and he’d seen Gumede sitting on a wall.

“I sat down next to him and I told him what happened. He asked which machine I used and I pointed to it. He asked how much it was and I told him and after that he just pulled some money out of his pocket and gave it to me. I was gobsmacked‚” he said.

“I just wanted to honour this guy. He didn’t ask for any reward and I am just happy that there are still people like that around. It really shook me‚” he said.

Gumede‚ of Umlazi‚ downplayed his act of honesty‚ saying it was merely what he had been trained to do.

“It was nothing special. I saw the money in the ATM and I kept it because the bank was closed after I wrote it down in my pocket book.”

“I am happy that I was able to help the client‚” he said.