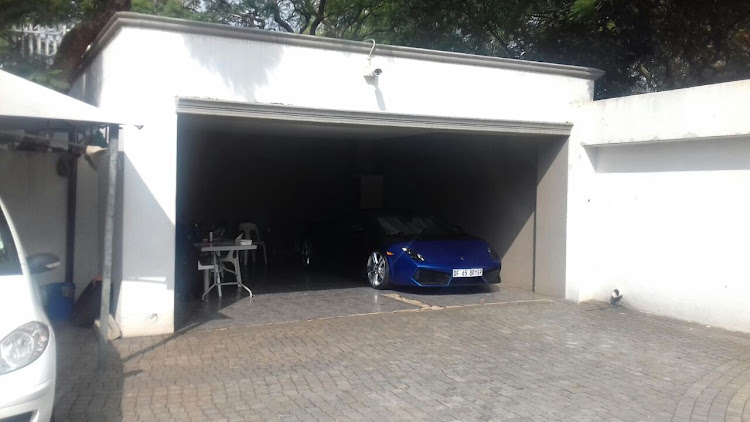 A Porsche Cayenne‚ a Lamborghini Gallardo‚ and two Ford Rangers. Three Mercedes-Benzes‚ a BMW 5 Series‚ and a Volkswagen Polo Vivo. Oh‚ and a helicopter.

These are just some of the “moveable assets” the police were searching for during a raid at the Gupta family compound in Saxonwold in Johannesburg on Monday. Other locations‚ including Lanseria Airport‚ were also set to be raided‚ sources told TimesLIVE.

Law enforcement agencies descended on the compound shortly before 2pm. Officials from the National Prosecuting Authority’s (NPA) Asset Forfeiture Unit‚ the SAPS‚ SA Revenue Service and Civil Aviation Authority were among those present. About 20 vehicles were parked outside the compound‚ some of them marked.

Depending on when the Saxonwold raid ended‚ Lanseria was the next location.

Documents seen by TimesLIVE reporters showed not just the vehicles targeted by the agencies‚ but also immovable properties they wanted to set upon. These included properties and farms in Mpumalanga‚ the Free State‚ KwaZulu-Natal‚ Cape Town and Johannesburg. In total‚ more than 30 properties across the country were in the crosshairs.

The National Prosecuting Authority (NPA) has obtained a restraint order for the amount of R250-million against those charged in relation to the ...
News
3 years ago

This comes over the NPA obtained a restraint order for R250-million against those charged in relation to the Estina diary project in Vrede in the Free State. 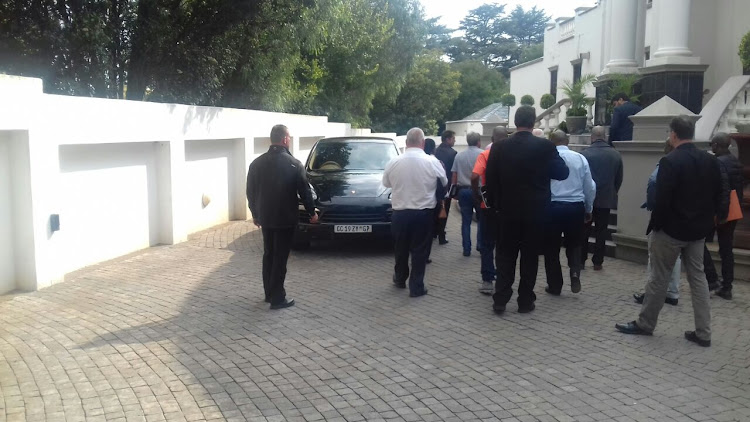 Government enforcement agencies were at the Gupta compound in Saxonwold on 16 April 2018 to seize vehicles belonging to the family.
Image: Mzilikazi wa Afrika

Among those targeted in the order are Gupta-owned Oakbay Investments‚ Islandsite Investments 180‚ Confidents Concept and Sahara Computers.

NPA spokeswoman Bulelwa Makeke confirmed that Monday’s raids on the Gupta compound were linked to this court order.

The authority said in a statement on Monday that the order was obtained on April 11 in the Bloemfontein High Court. The R250-million is linked to alleged theft‚ fraud and money laundering. This is a provisional amount pending the criminal trial and convictions.

“The said order is a result of ongoing criminal investigations by the Hawks (DPCI) which led to the arrest and institution of criminal prosecution against the aforesaid entities and individuals‚” the NPA said in a statement. “The AFU will apply for a confiscation order for the recovery of the said amount and or any related amounts.”

Law enforcement agencies descended on the Gupta family compound in Saxonwold on April 15 2018. Here’s what we know so far.

IN PICTURES | Inside the Gupta compound

Law enforcement agencies descended on the Gupta family compound in Saxonwold, Johannesburg, on Monday. Here's a look into what was uncovered from ...
News
3 years ago