I was never consulted on Madikizela-Mandela doccie‚ says Mufamadi 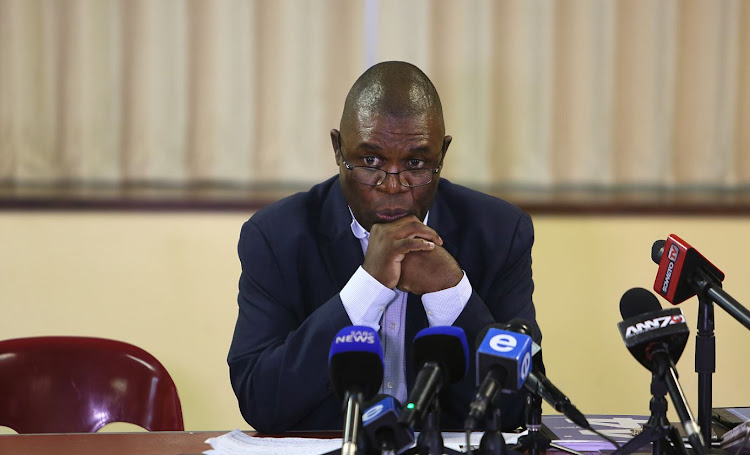 Former minister of safety and security Sydney Mufamadi says he was never afforded an opportunity to state his side of the story in the controversial documentary on the late Winnie Madikizela-Mandela.

Speaking at a briefing in Parktown‚ Johannesburg‚ on Monday‚ Mufamadi said he had waited for the mourning period to end in order to speak out.

Mufamadi said since the documentary was aired on television‚ he had received a number of calls from people in the country and outside‚ wanting him to explain what was contained in the film.

He said no one ever called him to get his side of the story on the allegations made in the documentary.

"You have five chilling revelations about people who are still alive but you don't think they have a right (to reply)‚" Mufamadi said.

The award-winning documentary aired after Madikizela-Mandela's recent death‚ sparking an outcry after it showed how a propaganda plan was allegedly put together by some in the ANC‚ the apartheid government and journalists to weaken her politically.

Mufamadi was minister of safety and security at the time of the alleged plot to discredit Madikizela-Mandela.

Zuma should not spend another day as president: ANC veteran

President Jacob Zuma should not spend one more day as head of state‚ according to ANC veteran Sydney Mufamadi.
Politics
3 years ago

It began to pour when Winnie Madikizela-Mandela’s body was taken to Fourways Memorial Park for burial after an eventful funeral service at Orlando ...
Politics
3 years ago

President Cyril Ramaphosa commemorated the life of Winnie Madikizela-Mandela in a moving eulogy delivered before she was laid to rest on Saturday‚ ...
Politics
3 years ago

Twitter is in awe of Zenani Mandela-Dlamini's damning speech at her mother Winnie's funeral service in Orlando‚ Soweto.
News
3 years ago