Isolating Madikizela-Mandela was not my decision alone‚ says Mufamadi 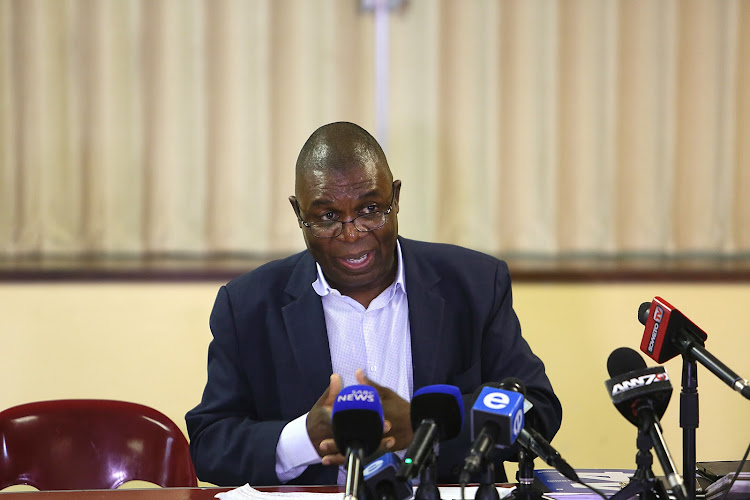 Former safety and security minister Sydney Mufamadi says the decision to distance the liberation movement from Winnie Madikizela-Mandela during the apartheid era was taken by the collective.

Mufamadi told journalists in Parktown‚ Johannesburg‚ on Monday that comrades were not happy with what was happening in the Mandela Football Club‚ which Madikizela-Mandela ran.

Her comrades approached Madikizela-Mandela several times‚ asking her to close the football club‚ he said. They complained that "there are too many people in the football club who are serving other interests"‚ Mufamadi said.

"Out of many attempts‚ the decision to distance the mass democratic movement from her came from that‚" said Mufamadi‚ who said the decision was taken by the leadership of the movement.

He added that the decision was then communicated to the leadership of the ANC in Lusaka. There were some in the leadership who disagreed with the decision‚ arguing that it was not the right move for the ANC. Mufamadi said he had nominated Madikizela-Mandela for national orders.

I was never consulted on Madikizela-Mandela doccie‚ says Mufamadi

Former minister of safety and security Sydney Mufamadi says he was never afforded an opportunity to state his side of the story in the ...
News
3 years ago

"You don't destroy someone and then nominate them for a national award‚" he said.

Mufamadi said the ANC was not ashamed of Madikizela-Mandela.

"We will never disown a single element of comrade Winnie's legacy‚" he said.

Mufamadi is responding to a documentary that sparked an outcry after it revealed allegations that there was a plot to weaken Madikizela-Mandela politically. Mufamadi was accused of ordering an investigation into Madikizela-Mandela when he became safety and security minister after 1994.

Mpho Mosimane, who facilitated Sydney Mufamadi's briefing, explaining to the producer of Mama Winnie's documentary, Pascale Lamche, that the investigations were never initiated by the former minis...

When we were heroes: Funeral was one last shake of Winnie's spear

There was a murmur around Orlando Stadium as thunder clapped overhead and a few drops of rain sploshed down. Within minutes, sheets of rain drenched ...
Ideas
3 years ago

The past is no longer what it used to be. Time was, the past was a straight line. There were good guys and there were bad guys. The apartheid monster ...
Ideas
3 years ago

IN PICTURES | Malema's scuffle with security at Mama Winnie's funeral

Economic Freedom Fighters (EFF) leaders were on Saturday afternoon involved in a scuffle over entry to the Fourways Memorial Park in Johannesburg, ...
News
3 years ago