Masked attackers on the run after Cape farm murder 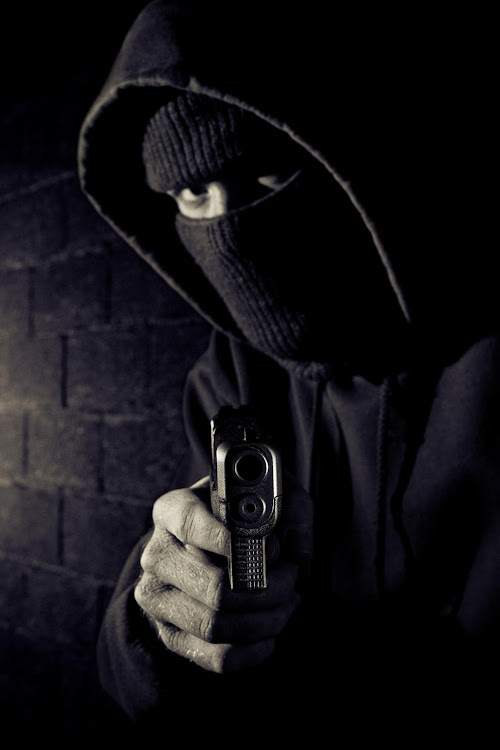 Witnesses said the men opened fire “without warning”‚ and Killian was hit and died on the scene.
Image: Gallo Images/iStockphoto

Five farm attack suspects are being sought by Western Cape police after the murder of a 62-year-old woman on Monday.

Heila Killian was shot dead while attending a braai on a farm 2km outside the coastal town of Still Bay‚ according to police reports.

Police said Killian was a guest at a small braai hosted by the owner of the farm‚ which operates as a nursery and coffee shop.

“Preliminary investigation and witness reports reveals that the owner of Gezania Nursery and three friends were enjoying themselves at a braai in the garden situated in the back of the house when they were accosted by five armed suspects whose faces were covered with balaclavas‚ and all of them wore orange overall-type trousers‚” said Southern Cape police spokesman Captain Malcolm Pojie.

Witnesses said the men opened fire “without warning”‚ and Killian was hit and died on the scene.

Pojie said two male victims were then overpowered and handcuffed by the assailants but another female victim managed to flee into the bushes. She made her way to a neighbouring farm and raised the alarm.

“The suspects meanwhile ransacked the house‚ broke open the safe and fled with an undisclosed amount of cash‚ a collection of firearms including a shotgun‚ two rifles and a handgun‚ as well as a collection of hunting knives‚” said Pojie.

The suspects fled in the farm owner’s white Toyota Hilux with the registration number CCC 12419.

“Preliminary investigation reveals that the bakkie was later spotted refuelling at a petrol station in Heidelberg‚ indicating that the suspects were en route to Cape Town after commission of the crime‚” said Pojie.