Drunk driving and mother nature got real for insurance ombud 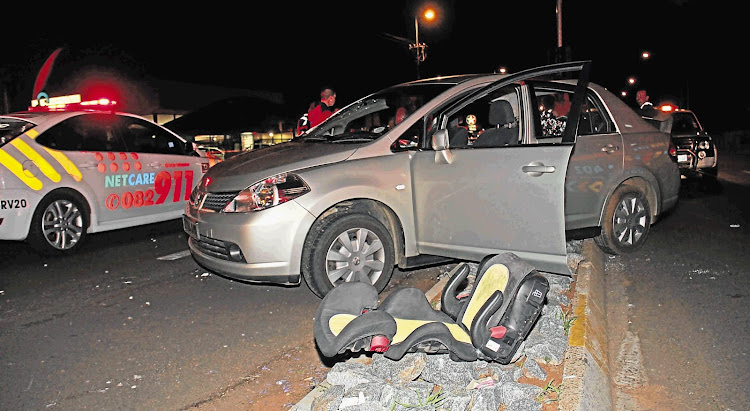 Drunk driving can lead to tragic accidents, such as the one pictured
Image: Netcare911

Driving under the influence is a major factor in the insurance industry‚ as is dishonesty. This emerged on Wednesday from the latest report from the Ombudsman for Short-Term Insurance.

The extreme weather conditions experienced in 2017 also resulted in a flood of complaints to the ombud. South Africans got pummelled with uncharacteristic tornadoes in the Vaal area‚ flash floods in Gauteng and KwaZulu-Natal‚ fires fuelled by storm winds which dramatically ripped through and destroyed much of Knysna‚ and an extreme drought in the Western Cape.

Of the 9‚962 complaints finalised by the office of the ombud under Deanne Wood during 2017‚ the highest category of claim-type was motor vehicle claims at 49% followed by home owners claims at 20%‚ the ombud’s Annual Report on Operations for 2017 stated. Commercial claims contributed 7.9% to the total and household content claims‚ 6.2%.

The complaints were resolved in an average turn-around time of 131 days with an amount of R87‚101‚354 recovered for consumers.

A majority of motor vehicle claims comprised claims rejected on the grounds that the insured was driving under the influence of alcohol.

“Some insurance companies have introduced measures such as the ‘take me home’ service to manage the risk associated with drunken driving. However‚ it is clear from this year’s statistics that DUI remains a very real problem for the South African insurance industry‚” said the ombud.

The second highest cause for complaints was rejections based on a policyholder’s alleged misrepresentation of underwriting details at sales stage. Examples include misrepresentations about regular driver details‚ previous insurance and claims history‚ credit history‚ security devices and whether the vehicle would be used for personal or business use.

“The Ombudsman has always highlighted the importance of truthful and accurate information being provided to the insurer during underwriting‚” the report said.

“A significant number of complaints related to rejections based on the policyholder’s obligation to exercise due care and to prevent loss. When the ombudsman assesses disputes of this nature it requires that there be a causal connection between the insured’s conduct and the accident.”

A high number of complaints related to disputes over the settlement calculation when the vehicle has been stolen or written off‚ “as the calculation may result in a shortfall where the vehicle is financed”.

As many as 13% of all complaints submitted to the ombud during 2017 concerned claims relating to acts of nature. “Indeed‚ 2017 was not a year that can be described as climatically dreary or boring‚” the ombud noted.

Cut back on luxuries before cutting insurance

With fuel price and VAT increases adding to the pressure on household budgets, you may be tempted to ditch some insurance cover.
Business Times
4 years ago

A majority (61%) of complaints under homeowners insurance related to storm damage and other acts of nature‚ with 11% related to bursting of water apparatus.

Ayanda Mazwi‚ senior assistant ombudsman‚ remarked: “The primary cause for complaint was the dissatisfaction with the rejection of claims on the grounds of damage arising from gradual deterioration‚ maintenance‚ wear and tear‚ which is not the responsibility of the insurer to remedy.

“The secondary cause for a complaint under homeowner’s claims related to quantum disputes - the most prevalent being the settlement calculation in circumstances where the policyholder was underinsured. There were also a significant number of complaints relating to rejections on the basis that no insured event occurred. The Ombudsman will consider the policy and the facts and circumstances of the loss in determining whether an insured event occurred.”

Theft and burglary claims amounted to 73% of the claims under household content insurance.

Under commercial insurance‚ 28% of complaints related to building claims and 25% to motor vehicle claims.

Another day, another road rage incident caught on camera in Johannesburg.
News
4 years ago

Significant in the statistics was the ombud’s low overturn rate - meaning the percentage of matters where some portion of the insurer’s decision was overturned. It decreased substantially in 2017 when compared with that of previous years.

“An initial assessment of this decrease might seem to suggest that in 2017 insurers were more correct in their claims assessments than in previous years. Or‚ more worryingly‚ that OSTI was less willing to challenge insurer’s decisions and more susceptible to industry bias‚” said the Ombudsman‚ Deanne Wood.

However‚ neither of these assessments are accurate‚ she said‚ attributing the reduction in the Ombudsman for Short-Term Insurance overturn rate to “the material shift in some insurers’ approach to this measure and to what it represents for their organisations”.

The entity’s chairman‚ Haroon Laher‚ said the best outcome is a resolution that suits both parties. “If the Ombudsman for Short-Term Insurance is able to assist consumers and insurers in identifying and focusing on the real underlying issues‚ and it can get these issues resolved quickly and informally‚ and without recourse to the application of stringent legal principles‚ everyone wins.”

According to Wood‚ in March 2017 OSTI launched a new manual for insurers‚ detailing its complaints handling procedures. This was operating only as a guide during 2017 but is due to be fully effective as from June 1‚ 2018.

“The introduction of this manual was met with co-operation from insurers - even in relation to potentially punitive additions to the process which will‚ as from the effective date‚ see insurers penalised for failing to provide sufficient information to the Ombudsman for Short-Term Insurance overturn rate to “the material shift in some insurers’ approach to this measure and at the inception of a complaint.

“Going forward‚ we continue our support for the insurer and the insured by providing an alternative dispute resolution forum and endeavour to play an important role in the sustainability of the insurance industry.”

The Automobile Association (AA) says the high road death toll over the Easter period should serve as an urgent indication to government to bring all ...
News
4 years ago

The National Consumer Commission will by mid-May go public with its long-awaited investigative report into whether Ford SA and its sister companies ...
News
4 years ago