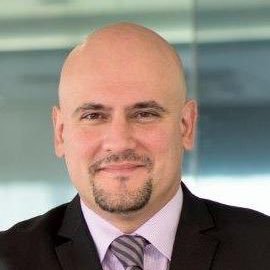 In his resignation letter that TimesLIVE has seen‚ Pita also cited a call for “new leadership” at the state-owned company by Public Enterprises Minister Pravin Gordhan at a board meeting on Tuesday as a reason for leaving.

Transnet spokesperson Molatwane Likethe confirmed the resignation in a statement on Thursday evening‚ adding that Mark Gregg-McDonald would be taking over as interim CFO.

Pita read text messages sent to him on Thursday afternoon‚ but did not respond to requests for comment.

Pita‚ who has been implicated as being involved in state capture by the Gupta family and their associates‚ was appointed acting group CFO in August 2015 and was permanently appointed to the position in February 2016.

Previously he held the position of group chief supply chain officer and has worked for Transnet for a total of 12 years.

“I advised you last year of my intentions to resign from the company as my health was deteriorating under the significant strain and pressure that comes with the job‚ and this has also had a very negative impact on my family‚” Pita wrote in his letter‚ addressed to board chair Linda Mabaso and group chief executive officer Siyabonga Gama.

He added that a further decline in his health had led to his doctor advising that he change his career.

Transnet and Eskom did make payments to Gupta-linked companies

Transnet and Eskom did make payments to Gupta-linked entities‚ and there were indications of mismanagement and irregularities – but there weren’t ...
Business
3 years ago

“Yesterday as a board we met the new Minister of DPE [Gordhan] who made it clear Transnet needs new leadership and needs to start a new path. With that in mind I hereby tender my resignation with immediate effect as I feel that physically I can no longer continue‚” the letter reads.

Documents from whistleblowers have revealed that Pita signed off on several invoices totalling R74-million paid to Trillian‚ a boutique financial firm at the time owned by key Gupta lieutenant Salim Essa.

He also signed off on a deal with global software giant SAP that saw Gupta company CAD House net a R100-million “sales commission”.

While Pita has maintained his innocence and denied wrongdoing‚ his role in deals that allegedly benefited the Gupta family is yet to be investigated by law enforcement.

Gama thanked Pita for his “valuable contribution and commitment towards the sustainable turnaround of Transnet”.