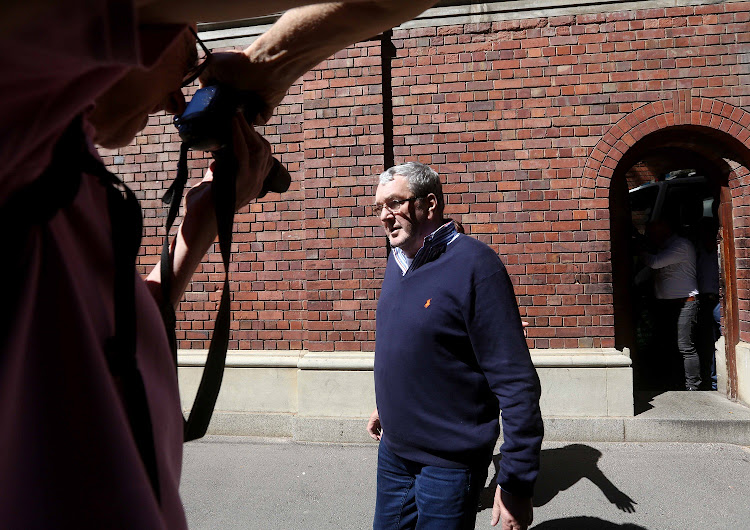 South Africa will not extradite international arms dealer Augustinus “Guus” Kouwenhoven just yet‚ after the 75-year-old Dutchman was absent from Cape Town Magistrate’s Court on Friday.

The war criminal is in a Cape Town hospital recovering from surgery on a broken leg‚ according to his attorney‚ Gary Eisenberg.

Kouwenhoven‚ who was found guilty in his absence of war crimes and arms trafficking by the International Criminal Court in The Hague in 2017‚ was said to have slipped last week and “broken his leg quite severely”.

The state and defence agreed that the extradition case should be postponed until May 25. In the meantime‚ Kouwenhoven’s bail conditions — which stipulate that he must report to Sea Point police station twice a day — will be suspended.

State prosecutor Christopher Berg said he was satisfied with this‚ barring any attempt to flee. “If info came to the state that he has chartered a private jet‚ we would deal with that accordingly‚” he said.

Eisenberg said his client’s bones had become “brittle as a result of the chronic medication he takes” for a medical condition described in a doctor’s affidavit presented to the court as “interstitial fibrosis of the lungs”.

An arms dealer fighting extradition to the Netherlands‚ where he has been sentenced to 19 years’ imprisonment‚ had his bail extended until late April ...
News
4 years ago

“[Kouwenhoven] suffered a fracture on the fibula… he will be hospitalised for 10 days and spend a further two weeks housebound‚” the affidavit said.

Magistrate Vusi Mhlanga was not entirely satisfied that Kouwenhoven’s condition should keep him from appearing in court.

“Why couldn’t he have been driven?” he asked Eisenberg. “The court has the proper provisions to assist people in a wheelchair. Why could he not have been collected from the hospital and transported to the court?”

Eisenberg said his client was incapacitated to the extent that he was linked to apparatus supporting his leg “like in the movies.”

Kouwenhoven’s life story certainly plays out like a crime drama. He was arrested by American authorities in the 1970s for attempting to sell six stolen Rembrandt paintings‚ an offence that earned him immediate deportation from the US.

He next appeared in Liberia in the 1980s as manager of Hotel Africa‚ and later established the now infamous Oriental Timber Company‚ the country’s dominant logging company that was used as a front to cover large-scale arms-dealing during the Liberian civil war in the early 2000s.

After protracted hearings at the ICC‚ Kouwenhoven was found guilty of arms dealing in his absence. He had fled to South Africa in December 2016‚ allegedly citing health concerns for his unnotified departure. He has since said that his terminal illness has left him an estimated three years to live.

Convicted arms dealer Augustinus Petrus Koewenhoven proved just how profitable war can be when details of his flashy lifestyle were presented before ...
Business Times
4 years ago