Edendale residents say they will not vote in 2019 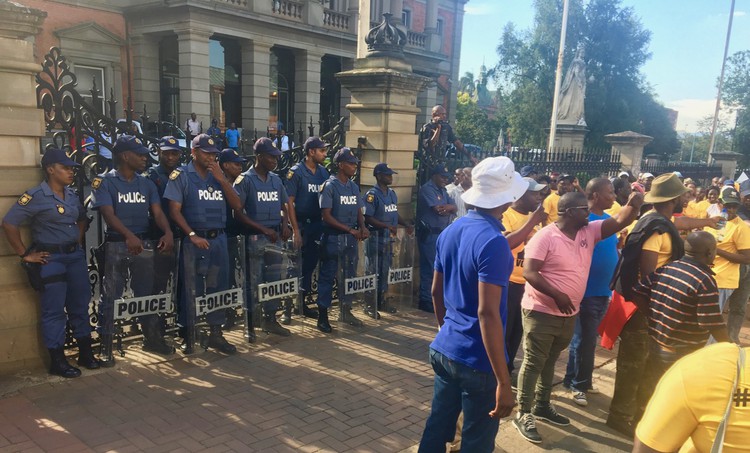 Residents of Greater Edendale, Pietermaritzburg, many of them wearing ANC t-shirts, marched to the KwaZulu-Natal legislature on Tuesday to express their anger over living conditions.

“Come 2019, we are not going to vote,” shouted a Dambuza resident. “We use pit toilets. Some of them are full. How can you expect one to vote while suffering?… We cannot continue giving these people our votes … We vote for them to benefit their stomachs,” said the marcher.

Among the marchers were former and current ANC ward councillors. Dambuza ward councillor Mtuza Mkhize said, “People in my ward [21] are living in mud houses. They use full pit toilets. They live on privately owned land … The municipality needs to buy the land so that it can be developed.”

He said money was allocated to buy land in May 2017. “That money did not buy the land for Greater Edendale residents … People are suffering. They have no water and sewerage pipes,” said Mkhize.

Among the marchers was pensioner Ntombikhona Zondo from Dambuza. She said she had been living in a dilapidated mud house for over a decade. She lives with her three grandchildren. “I fear that my house will fall on me and my family … When it rains we all sit on the bed and watch water dripping inside the house,” said Zondo.

Residents said they were giving the KZN legislature seven days to respond to their memorandum.

Municipal comment will be added when it is received.