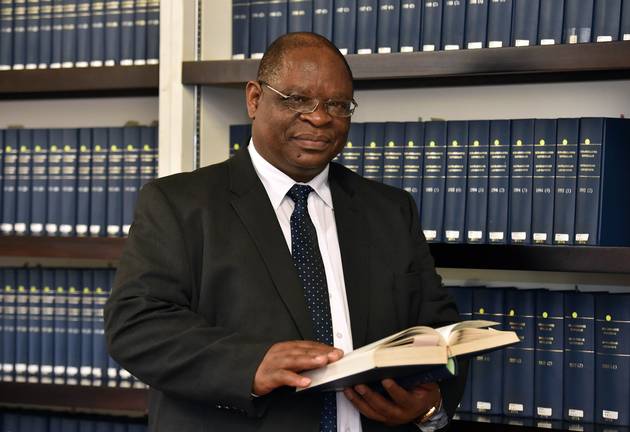 Deputy Chief Justice Raymond Zondo has been appointed chancellor of the University of Zululand.

He will be inaugurated on Wednesday.

Zondo, who was appointed deputy chief justice last year, is the chairperson of the commission of inquiry into allegations of state capture‚ corruption and fraud in the public sector.

Detailing his history‚ the university said he was also part of the Commission of Inquiry Regarding the Prevention of Public Violence and Intimidation (also known as the Goldstone Commission)‚ which investigated violence in South Africa in the early 90s.

"In 1994‚ he was appointed as a member of the Ministerial Task Team‚ which was tasked with producing a draft Labour Relations Bill for the post-apartheid South Africa. After incorporating certain amendments‚ the Bill was passed into the Labour Relations Act in 1995.

King Goodwill Zwelithini will have an honorary doctorate conferred on him by the University of Zululand next month.
News
3 years ago

"In 1996‚ he was appointed as the first Chairman of the Governing Body of the Commission for Conciliation‚ Mediation and Arbitration (CCMA). He resigned upon his appointment as a judge. In May 2000‚ Justice Zondo was appointed as Judge President of the Labour and Labour Appeal Court for a 10-year tenure."

In his interview at for the position of deputy chief justice before the Judicial Services Commission last year‚ Zondo highlighted that he would always be a servant for the poor.

"If I am appointed‚ I will remember‚ as I have throughout my career‚ that I come from communities that are very poor. Just because at a certain stage I became a lawyer‚ a judge‚ judge president or justice of the Constitutional Court‚ it doesn’t mean I am no longer part of those people‚" said Zondo.

"I should always remember that they are very important. If I am appointed as deputy chief justice‚ that will always continue to be my attitude‚" he said‚ adding that "we shouldn’t behave as if we are gods".