Could 'cheap' pork chops be the new braai favourite? 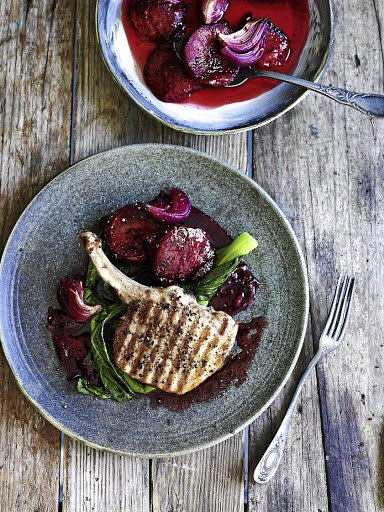 The pork industry’s loss after the listeria outbreak could exceed R1-billion.

But the consumers’ reaction to the outbreak has led to a drop in prices for pork products while the prices of other meat products are on the rise‚ said Paul Makube‚ senior agricultural economist at FNB Agri-Business.

The National Institute for Communicable Diseases indicated in a report on Sunday that 199 people had died from the listeria outbreak. The outbreak led to a drop in demand for cold and processed meats.

Makube said in a statement that the pork industry had unnecessarily suffered a severe blow after the outbreak and added that the loss to the value chain so far could exceed R1-billion.

“Pork farmers have now had to redirect the pigs for the fresh meat market thereby creating a surplus‚” Makube said in a statement. “In so doing [they] have further increased pressure on low prices.”

Johann Kotzé‚ CEO of South African Pork Producers’ Organisation‚ told TimesLIVE earlier this month that the industry was losing R45-million a week and that the price of a pig had dropped between 40% and 50%.

FNB said that the drop in pork prices could be positive for one group of people: consumers looking to save money. Prices for other meats are up about 6%‚ according to FNB.

Additionally‚ FNB said a drop in the price of maize‚ a large component of livestock feed‚ would most likely keep pork prices low.

“SA now has a surplus in maize and the expected 2017/18 production is estimated at over 12.42 million tons‚” Makube said. “Therefore‚ if maize prices remain flat they will have a major impact in sustaining the lower prices for consumers.”

South Africa's pork industry is losing about R45-million a week owing to “listeria hysteria”‚ and experts warn that many small-scale pig farmers will ...
News
3 years ago

Is your slow cooker hot enough to kill listeria bacteria?

The national health department has confirmed the listeria bacteria found at the Rainbow Chicken polony factory is not the ST6 strain that caused 91% ...
News
3 years ago