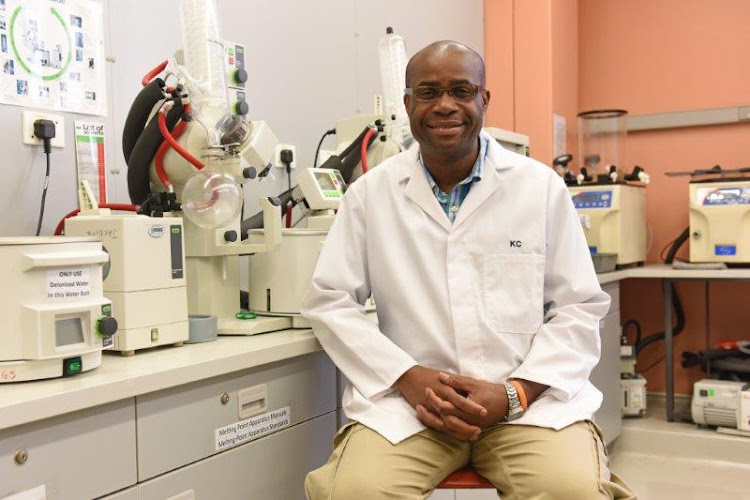 The founder and director of Africa’s first integrated drug discovery centre, Professor Kelly Chibale, has been named as one of Fortune magazine’s 50 World’s Greatest Leaders for 2018.
Image: UCT

The founder and director of Africa’s first integrated drug discovery centre‚ Professor Kelly Chibale‚ has been named as one of Fortune magazine’s 50 World’s Greatest Leaders for 2018.

Chibale shares the honour with leaders ranging from Bill and Melinda Gates to the presidents of France‚ Emmanuel Macron‚ and South Korea‚ Moon Jae-in‚ as well as tennis player Serena Williams‚ Apple CEO Tim Cook and the #Me-Too Movement.

Professor Chibale said his inclusion on the list was ‘totally unexpected and overwhelming. I am so grateful to God for this recognition on the global stage.”

Fortune magazine said its list looks at all sectors of society to find leaders "who are using their power and influence to make the world a better place". Fortune magazine selected Chibale for his pioneering work in developing infrastructure to support scientific research.

The Zambian-born scientist founded H3D at UCT in 2010 and officially launched it in 2011. Starting out with a handful of researchers‚ he has grown H3D into a world-class centre‚ with more than 60 researchers in addition to approximately 30 postgraduate (MSc and PhD) research students and postdoctoral fellows in his academic group. His team of more than 90 researchers work out of state-of-the-art facilities at UCT thanks to various partnerships‚ including the Gates Foundation‚ Medicines for Malaria Venture‚ Novartis and the South African government.

H3D mainly works in the fields of tuberculosis and malaria and already has a potential drug for malaria in human trials. Chibale said he hoped H3D would contribute to a global pipeline of new medicines for malaria and tuberculosis able to circumvent drug resistance. He said he was inspired by confronting Afro-pessimism and debunking the myth that Africa could not be a source of health innovation. “We need to demonstrate that Africa has more to offer than the mere opportunity for human clinical trials.

Africa has largely been a recipient of Western research. It is time for Africa to also contribute research so that people from other continents can also benefit.

The challenges we are trying to address in Africa are not just African challenges but human challenges. In this way Africa can earn respect.” Chibale is a firm advocate of the widespread benefits of research.

“Research is not a luxury. It provides solutions‚ creates jobs and infrastructure‚ builds capacity as well as expertise‚ attracts foreign direct investment‚ can seed an industry and contributes to reversing the brain drain.”

Chibale said he was particularly honoured to be included on the Fortune list with Bill and Melinda Gates who have co-founded the Gates Foundation and committed substantial resources to fighting the scourge of malaria‚ tuberculosis and other infectious diseases. “Not only are Bill and Melinda immense contributors to the recognition I have received through the support of our H3D work from their Foundation over many years‚ they are both tremendous inspirational and exemplary role models of leaders who serve others.

“Although I have no right to tell African billionaires and millionaires how they should use their money‚ I would like them to consider following the example set by Bill and Melinda by investing in scientific research in Africa.” With World Malaria Day coming up on April 25‚ Chibale said it was imperative to work towards combating malaria.

“Africa is no longer just a place to conduct human malaria clinical trials. Africa is now also a place for malaria drug discovery and development. It is important to combat malaria‚ not just because of the unacceptably high numbers of deaths it is responsible for‚ especially among our children‚ but also because malaria continues to choke economic growth on the continent.”

Chibale’s life story is inspiring. He grew up in extreme poverty in villages and townships in Zambia. His home had no electricity or running water and he shared a single bed in a tiny room with his brother. But his perseverance and faith propelled him to reach his goals. “It’s not how you start‚ but how you end up that matters‚” said Chibale.

He encouraged people to pursue their dreams and to make the most of every opportunity.