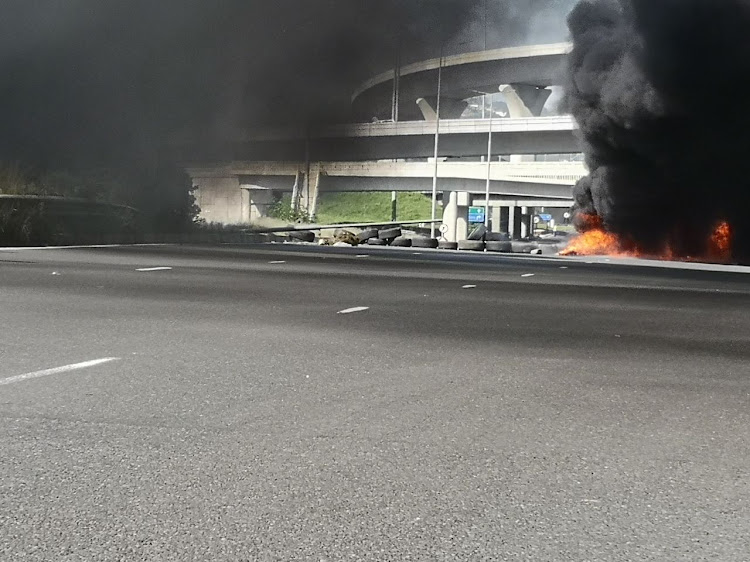 A volatile service delivery protest has forced the closure of the M19 Durban-bound carriageway on Monday.
Image: MARSHALL SECURITY

A volatile service delivery protest has forced the closure of the M19 Durban-bound carriageway on Monday.

Throngs of people‚ thought to be from the Kennedy Road informal settlement‚ used portable toilets and tyres to erect a burning barricade on the highway.

He said one man had sustained serious injuries in the fray and had been transported to Addington hospital by ambulance.

“Traffic on the eastbound carriageway has been completely obstructed by the barricade. Metro police are on the scene and are monitoring the situation‚” he said. He urged motorists to use alternative routes as traffic in the area had been seriously affected.

Leaders of the community protest in the North West capital of Mahikeng have suspended protests on Friday‚ pending an intervention by President Cyril ...
News
3 years ago

Just as citizens take to the streets demanding the resignation of the premier‚ pharmacists in the North West have warned that the protests have led ...
News
3 years ago

Church leaders have called for calm in the Mahikeng protests‚ which have disrupted public services and damaged property.
News
3 years ago