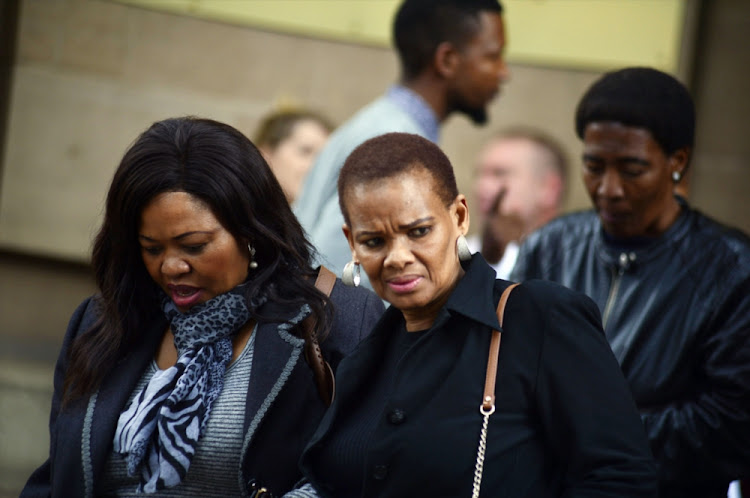 CCTV footage showing Sandile Mantsoe entering and leaving his luxurious Sandton apartment with a dustbin containing the body of his girlfriend‚ Karabo Mokoena‚ will no longer be played in court.

Prosecutor Mike Hlatshwayo told the High Court in Johannesburg on Tuesday that the authenticity of the lengthy footage was not in dispute by Mantsoe and that there was therefore no need to play it.

To save time‚ they had instead decided to enter into evidence a photo album containing stills taken from the footage. This meant that the four witnesses who would have been called to testify about the video would no longer be called.

The state intends to call three more witnesses and would then wrap up its case on Wednesday.

Mantsoe‚ who is on trial for murdering the 22-year-old in April last year‚ has denied killing her. His version was that he returned to his apartment from a business meeting to find that his troubled on-and-off girlfriend had committed suicide by stabbing herself in the neck.

Mantsoe claimed Karabo stabbed herself in the neck to 'sever a blood ritual', court hears

A post-mortem failed to determine how 22-year-old Karabo Mokoena died, but evidence submitted in the High Court in Johannesburg on Thursday suggested ...
News
3 years ago

Other witnesses who have testified‚ including a police officer‚ have however stated that Mantsoe had said Mokoena needed to die to break a blood ritual that they had entered into in order to boost his business dealings.

The police officers alleged that Mantsoe claimed that his business had begun to suffer as a result of the two of them splitting up. To fix this‚ a sacrifice had to be made and this sacrifice was Mokoena‚ the police reportedly heard.

The forex trader has denied these allegations and instead accused one of the police officers of trying to extort money from him.

The married father of three‚ who is estranged from his wife‚ had admitted that out of fear and panic that he would be blamed for her death‚ he disposed of her body by drenching it in pool acid and petrol‚ putting a tyre around it and set it alight.

A post mortem failed to deduce what had killed Mokoena as her body was too badly burnt.

Mantsoe faces charges of premeditated murder‚ defeating the ends of justice and assault with intent to do grievous bodily harm. He has pleaded not guilty.