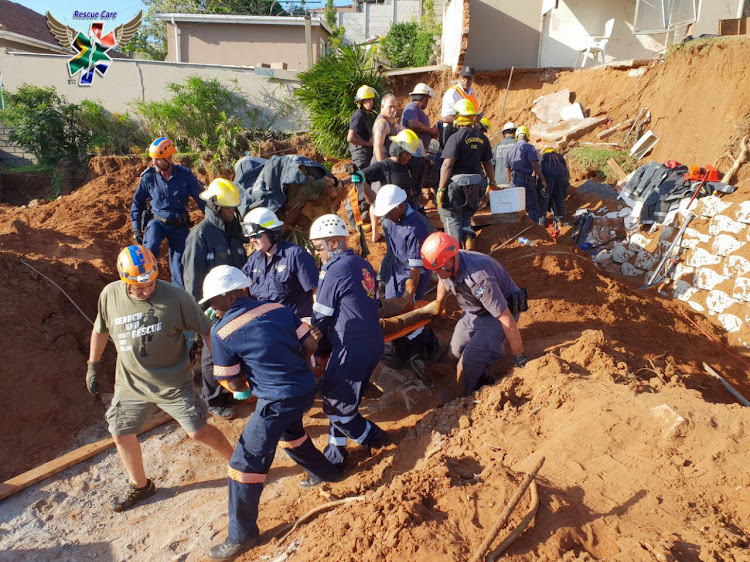 The construction worker is rescued from the rubble and sand after a landslide at Durban's Bluff on 24 April 2018.
Image: Supplied

A construction worker trapped beneath tons of rubble and sand after a landslide on Durban’s Bluff was rescued in a marathon operation on Tuesday afternoon.

It is understood that the man was part of a team of construction workers tasked with building a retaining wall at a Belmont Road property. While working‚ the hillside gave way. A garden cottage on a hilltop ripped from its foundation and collapsed on the crew.

Members of the police Search and Rescue Unit‚ paramedics and fire-fighters spent nearly three hours trying to free the man. The rescue personnel removed large slabs of concrete and rubble as medics stabilised the man‚ who had been trapped up to his chest.

Rescue Care spokesman Garrith Jamieson said that the operation had been painstaking as the embankment beneath which the man was trapped was unstable.

“Initially the man had been completely buried but his colleagues had used their hands to remove sand from above his head. When we arrived he was heavily entrapped and in a critical condition‚” he said. 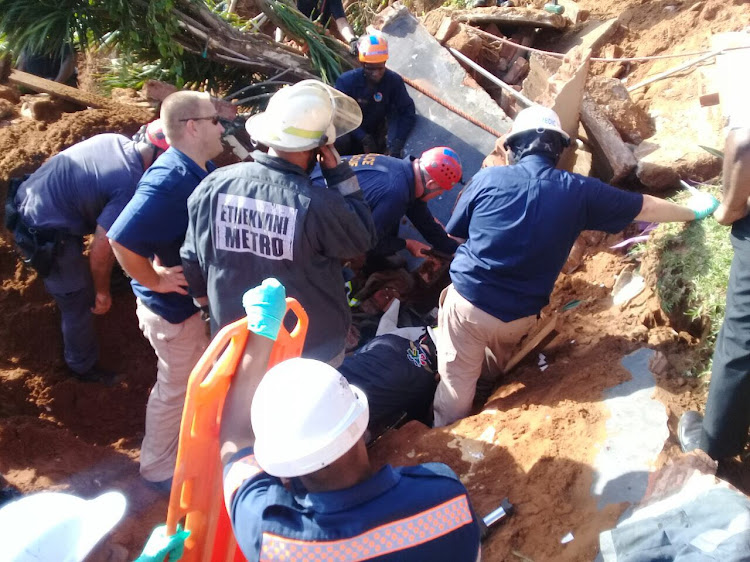 Jamieson said the man was conscious throughout the rescue. He added that progress had been slow owing to the dangers associated with the rescue.

“It was important that we took care when removing all of the debris from the man because we didn’t want the hill to collapse further.

“This man is lucky to be alive. He is in a stable condition and will be taken to hospital for further care‚” Jamieson said.

Department of labour halts construction at site after fatal accident

The department of labour has halted construction at a building site in Jacobs in Durban‚ where three men were killed by a falling slab of concrete on ...
News
3 years ago

Work on the R4.2bln Oceans development in Umhlanga was halted by a group of protesters on Wednesday.
News
3 years ago