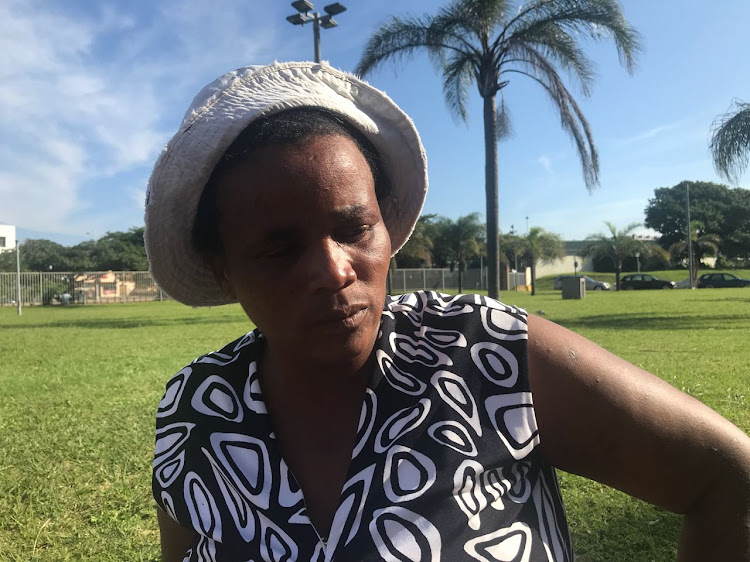 The sister of alleged soccer hooligan Phelelani Jojisa sought to put distance between her brother and the weekend’s football fracas‚ saying that he was an ardent Orlando Pirates supporter and would never have committed crimes in the name of their arch-rivals.

“He could never burn down a stadium by himself yet he is the only one who got arrested; where are the others? He isn't even a Chiefs supporter‚ he just went there with others‚” Nontethelelo Jojisa said.

The 34-year-old is the only man of the droves of Kaizer Chief’s faithful who stormed the pitch to have found himself on the wrong side of the law. He faces charges of malicious damage to property and pitch invasion‚ and appeared briefly in the Durban Regional Court on Monday.

Phelelani Jojisa‚ the only man arrested by police after thousands ran riot at the Nedbank Cup semi-final at the weekend‚ has been remanded in custody.
Sport
3 years ago

Violence erupted at the Moses Mabhida Stadium in Durban on Saturday after Kaizer Chiefs lost their Nedbank Cup semi-final match to Free State Stars. The pandemonium left many people injured and property damaged.

“Phelelani isn't a criminal has never so much as mugged anyone. Why was he the only one singled out like he torched the stadium on his own?” she added.

Jojisa said that perhaps her brother had been drunk and‚ as a result‚ had been caught up in the bedlam.

Phelelani cut a melancholic figure in the dock‚ resting his hands on the railing ahead of the court sitting.

A security guard‚ a ball boy and several spectators were among those injured. The damage to the stadium and technical equipment belonging to broadcasters is said to amount to millions‚ with some equipment pilfered. Two vehicles that were parked at the back of the stadium were also damaged.

Police come under the spotlight after Moses Mabhida Stadium mayhem

On Monday police spokesman Brigadier Jay Naicker said that a “high-level” team had been assembled to investigate what transpired at the stadium.

“We will be probing if the deployment of SAPS‚ private security personnel and other security agencies were in place according to the plan and whether those that were deployed to provide security at the event reacted as they were expected to. This‚ along with whether or not they were in a position to prevent the hooliganism and criminality that unfolded‚” he added.

Moses Mabhida Stadium hooligans must face full might of the law: Safa

The South African Football Association (Safa) has condemned the violent scenes that erupted at the end of Kaizer Chiefs' 2-0 Nedbank Cup defeat to ...
Sport
3 years ago

Sabela Maziba‚ 32‚ has been named as the security guard who was injured when Kaizer Chiefs fans rioted at the Moses Mabhida Stadium in Durban on ...
Sport
3 years ago

South African football woke up with a massive hangover and a credibility crisis on Sunday morning after the display of lawless violence and ...
Sport
3 years ago