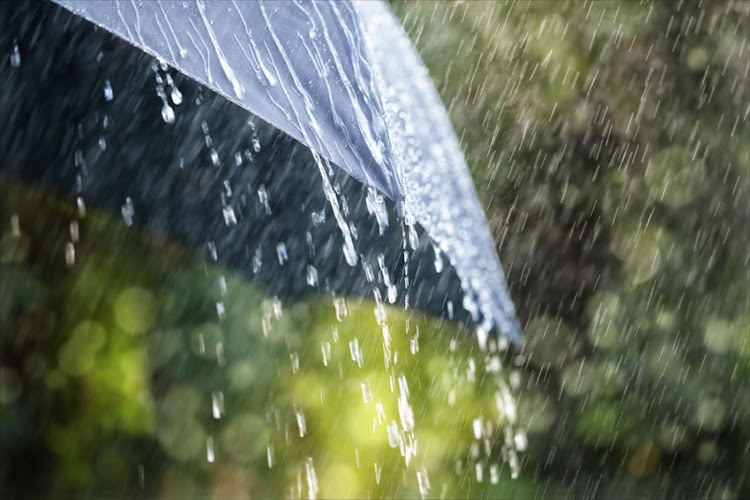 Capetonians were warned to batten down the hatches as the city braced for thunderstorms‚ rain and a chance of hail overnight on Wednesday.

The South African Weather Service said there was an 80% chance of rain that would carry on into Thursday. Gale force winds are also expected.

Cape Town’s Disaster Risk Management team said it was on standby for any incidents as a result of a warning issued by the weather service.

This is the second time this week that a heavy rain warning has been issued for the drought-ravaged area.

“There are good indications of thunderstorms activity early morning tomorrow‚ with the possibility of some of them being severe. The main disruptive weather potentially coming from the severe thunderstorms is heavy downpours of rain‚ which could lead to localised flooding‚ strong and damaging winds‚ as well as a possibility of large amounts of small hail.

“So far‚ impacts are expected to be minor‚ however there is a small possibility of certain areas being significantly affected‚ specifically informal settlements over the Cape Flats and southern Peninsula‚ with flooding and strong winds potentially causing damage‚” said Powell.

A north-westerly gale force wind between the coast of Table Bay and Cape Agulhas is also expected from Wednesday evening but will subside by Thursday.

The National Sea Rescue Institute (NSRI) urged people to be cautious around the coastline due to expected heavy sea swells and rough seas brought on by the approaching cold front.

“Bathers‚ boaters‚ paddlers‚ sailors‚ surfers and anglers are urged to be cautious around the coastline during this cold front and for the days following the cold front.”

While the alert is concentrated from Alexander Bay to Algoa Bay‚ the NSRI urged all coastal users to be cautious at all times and to monitor the SA Weather Service’s advisory service for alerts.

The NSRI and Emergency Services are on high alert

The Western Cape government is probing allegations that water is being stolen as it makes its way from the Bergrivier dam to the Misverstand weir.
News
4 years ago

How will your company be affected if the taps run dry for three months this year or next?
News
4 years ago

WATCH | Then and now... Theewaterskloof dam is almost completely dry

Cape Town is experiencing a severe water shortage due to insufficient rainfall and fast declining dam levels. We take a look at what Theewaterskloof ...
News
4 years ago