Farmer in court for driving over EFF member 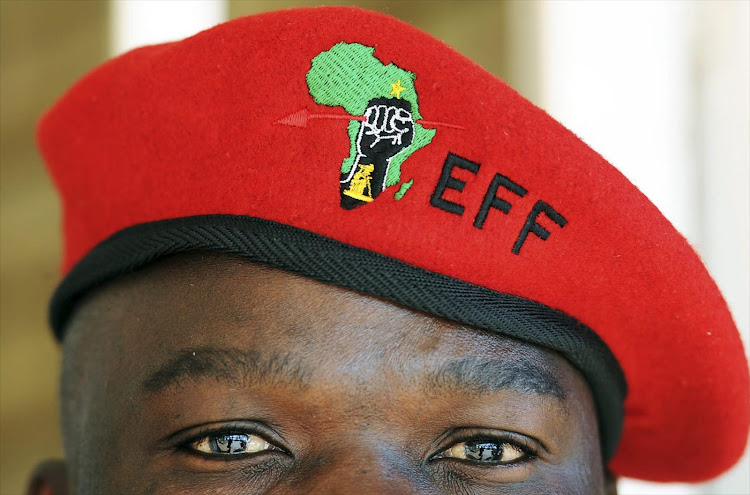 A farmer appeared in court on a charge of attempted murder on Wednesday for allegedly driving over an EFF member who was fleeing from police during a service delivery protest.

Shimmy Mosienyane‚ deputy secretary for the EFF in Ward 5 at Hartswater in the Northern Cape‚ lost sensation in his feet after being run over. He will undergo surgery on Thursday.

Frances Thulo‚ regional secretary of the party for the Frances Baard Municipality in Kimberley‚ said on Wednesday that Mosienyane and another person were trying to evade rubber bullets during a service delivery protest at Hartswater last Friday.

“When the police arrived‚ the crowds dispersed. The police were throwing stun grenades and shooting rubber bullets‚” he said.

The pair ran onto a farm‚ where they were allegedly confronted for trespassing.

“When they turned they saw a bakkie approaching them. The bakkie ran him over‚ all the while the farmer was using the k-word. Shimmy said he could not feel his feet and he couldn’t get up. The farmer drove off. The person that was with Shimmy phoned the ambulance‚” said Thulo.

Mosienyane was admitted to Kimberly Hospital.

“He is undergoing an operation‚ his spinal cord has been damaged‚” said Thulo.

Police spokesperson Captain Sergio Kock confirmed that a 63-year-old suspect‚ “known as Petrus van Niekerk”‚ handed himself over to the Hartswater Police on Monday and was charged with attempted murder.

“The suspect appeared in the Hartswater Magistrate’s Court on Wednesday and the case was remanded to Thursday for a formal bail application. The suspect will remain in custody. The investigation continues‚” said Kock.

Why I‚ a white man‚ support the EFF

Pieter Howes is an EFF supporter‚ because it is “where you should be if you want to be pro-black”‚ he says.
Politics
4 years ago

The Economic Freedom Fighters party has alerted the police ministry and stepped up its own security after being alerted to a death threat originating ...
Politics
4 years ago