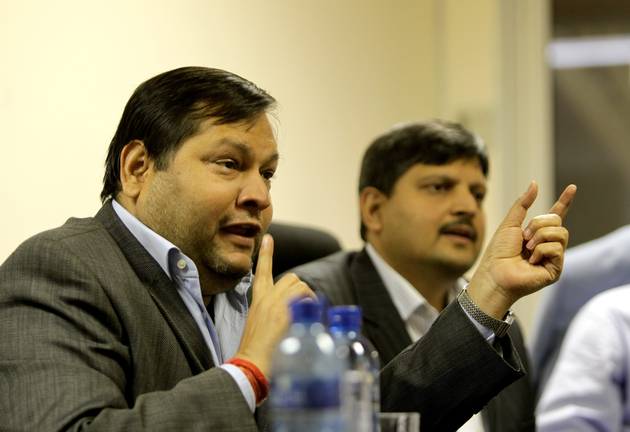 The Gupta family has claimed another victory in its legal war with the National Prosecuting Authority – after the state withdrew its bid to freeze the Gupta-owned Optimum and Koornfontein mine rehabilitation trusts.

But the NPA is disputing the family’s claims that it suffered a third defeat in its ongoing “State Capture” litigation‚ and says it agreed to settle to allow the estimated R1.7-billion in the trusts to be deposited with Mineral Resources Minister Gwede Mantashe.

“We got what we wanted. The money has been taken out of the hands of the Guptas’ trustees‚” NPA spokesperson Luvuyo Mfaku said.

The North Gauteng High Court has ordered that‚ while preparations are made for the money to be deposited with Mantashe’s department‚ the money will be transferred from the Bank of Baroda to a Nedbank account.

The South African Revenue Service has for the second time allowed a multi-million-rand VAT repayment claimed by a Gupta-owned business to be paid to ...
News
4 years ago

National Director of Public Prosecutions Shaun Abrahams has been ordered to pay the costs of the Rehabilitation Fund Trustees‚ who challenged the NPA’s freezing of the trusts as utterly baseless.

“It is simply so that the preservation order obtained by the National Director of Public Prosecutions should never have been obtained in the first place‚” the Guptas’ lawyers said in a statement to TimesLIVE. They added that this was the third of the family’s legal victories against the state‚ who the Guptas have accused of pursuing a politically motivated “witch hunt” against them.

The Organisation Opposing Tax Abuse (Outa) has also withdrawn its court bid to stop the trustees from having access or control of the R1.7-billion in rehabilitation funds.

“With regard to the even more publicised application by Outa‚ of the interim interdict freezing the funds of the mine rehabilitation trusts of the two aforesaid mines‚ that application was settled on the basis that each party pays their own costs‚ and the freezing order so obtained (by consent) was discharged. It is evident that there never was any misuse or misappropriation of the trust funds‚” the Guptas’ lawyer‚ Rudi Krause‚ said.

Earlier this month‚ the Guptas slammed the “incompetent” Asset Forfeiture Unit cases launched against the family and their businesses. They also challenged authorities to provide proof that a warrant of arrest had actually been issued for Ajay Gupta.

“Not only have the Gupta companies and the Guptas been attacked by incompetents in the National Prosecuting Authority and the Hawks‚ but it is blandly stated by a minister of state‚ by senior prosecutors and senior police officers that‚ for example‚ Mr Ajay Gupta is a fugitive from justice.”

The Guptas have launched a scathing and astonishing attack on the Hawks and the National Prosecuting Authority‚ who they have slammed as ...
News
4 years ago

The family’s lawyers have further slammed the media for failing “to recognise or adequately to report the basic fact that a completely incompetent order had been taken against the Gupta-related companies and Mr Atul Gupta” in relation to the Estina Dairy Project case.

The Guptas’ lawyers successfully challenged a preservation order freezing assets alleged to be "the proceeds of crime" on the basis that the state had shown a "fundamental failure to understand the true nature of commercial practice and of banking".

“The simple basis for that failure was an inability by the National Prosecuting Authority to read bank statements in a manner which made any commercial sense‚” Krause said.

I owe Guptas nothing for airlifting me to Russia: DD Mabuza

Deputy President David Mabuza says the fact that the Guptas once airlifted him to get medical help in Russia does not mean he owes them anything and ...
Politics
4 years ago

Parliament’s portfolio committee on home affairs is to investigate how some members of the Gupta family became South African citizens.
Politics
4 years ago

Zwane to be investigated over alleged dodgy Gupta mine deals

Parliament's mineral resources committee has adopted in principle the terms of reference for its inquiry into the activities of former minister of ...
Politics
4 years ago