Improve your offer‚ or else... Public sector unions warn government 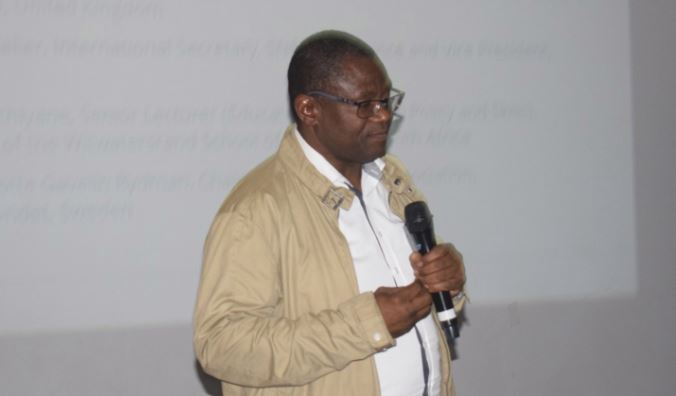 Unions in the public sector have warned that government has to come with an improved offer to the table on May 3‚ otherwise a strike will be inevitable.

The unions‚ both those under Cosatu and outside the federation‚ were able to force the Department of Public Service and Administration back to the negotiation chamber after government had requested more time to consult.

Mugwena Maluleke‚ general secretary of the SA Democratic Teachers Union‚ one of the major unions in the negotiations‚ told TimesLIVE on Thursday that talks had continued on Tuesday and Wednesday.

Maluleke said the unions and the employer were able to find each other on issues related to leave‚ danger insurance and the government employee housing scheme. However‚ Maluleke said the main issue of salary increases was still not resolved.

“The main one‚ which is salary increases‚ they have not come back to us yet. They said they want to come back to us on the third of May. Any move by the employer to frustrate again‚ that is going to result in a strike‚” Maluleke said.

“If they come back and think that they can still play other delaying tactics‚ there will be a strike. They must know that on the third of May‚ it is the final day for them to come with an improved collective agreement. If they don’t‚ there is no way that we can proceed with negotiations with them.”

Public sector negotiations began seven months ago and a deal has yet to be reached. The unions’ opening demands are part of an intended one-year agreement for a 12% increase for salary levels 1 to 7; 11% for levels 8 to 10‚ and 10% for level 11 to 12.

On April 22‚ government released a statement requesting more time to consult and appealed to public servants to be patient in order for the parties to reach a workable and sustainable agreement. But the unions were furious as they said they were not consulted before the release of the statement.

This time the unions say they will not allow any delaying tactics.

“These are not games. We are talking about people’s lives. People are not going to be given services in hospitals‚ schools and everywhere else. It is not about the workers only. It is about the people of this country. We are rendering very important and essential services‚” Maluleke warned.

About a thousand members of the South African Federation of Trade Unions (Saftu) in Durban have heeded the call to join a general strike against the ...
Politics
3 years ago

President Cyril Ramaphosa received the most attention in the South African Federation of Trade Unions (Saftu) protest in Johannesburg on Wednesday ...
News
3 years ago

SA Federation of Trade Unions (Saftu) general secretary Zwelinzima Vavi said on Wednesday that it was a mistake for workers to have voted for a ...
Politics
3 years ago
Next Article