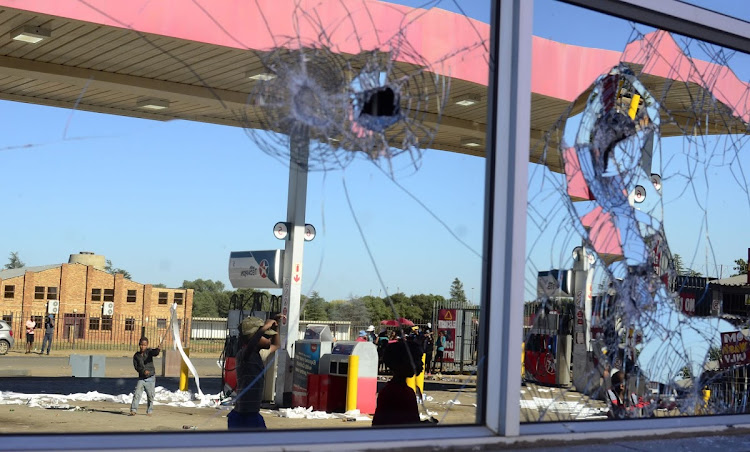 Critically ill patients lay unattended as “tsotsis” denied staff access to Tshepong hospital outside Klerksdorp in the North West on Wednesday and asked doctors to pay R20 to enter their workplace.

Desperate doctors and nurses were eventually flown in by helicopter. But strikers then entered the hospital and forced the nurses to go outside, while overturning rubbish bins. Patients ended up serving patients.

One man, with a gunshot wound to the neck, died. It is not known if he would have survived had he been seen earlier, said doctors at the hospital.

“This is probably the only functional hospital in the province. I don’t see how they can cripple this hospital too,” said one doctor, who did not want to be named.