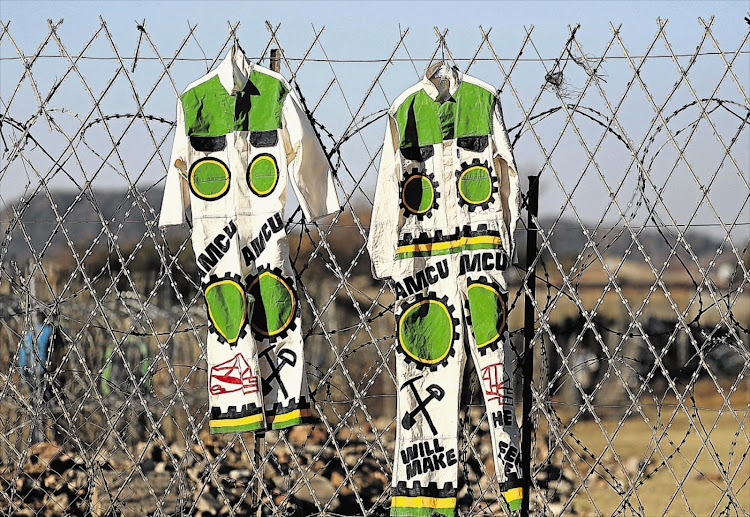 The trade union Amcu says it won’t be holding any May Day celebrations throughout the country on Tuesday. Instead‚ it is campaigning to have August 16 declared as South African workers’ day in commemoration of the Marikana massacre.

“Workers’ Day must commemorate OUR struggle. Lonmin (Marikana) Massacre is the epitome of our struggle. August 16 must be OUR Workers’ Day. Government must declare August 16 as South African workers’ day in commemoration of the Lonmin Marikana massacre‚” the union said in a statement on Monday.

“This goes on to show therefore that there is no static symbolism attached to the May 1 date‚ which can [be] overridden by peculiar circumstances that are definitive of a country’s history‚ giving rationale to the choice of a specific date for the recognition and celebration of workers’ day.”

It said the Marikana massacre was the “epitome of working class struggles in our recent past”‚ adding that it “allegorically represents the unified struggles of all workers in different sectors of our economy”.

“As a trade union we hold the Lonmin (Marikana) Massacre in the same logical plane as the Soweto Uprising and the Sharpeville Massacres‚ just [to] mention a few‚ which have managed to symbolise the youth and human rights struggles of our country. It is this symbolism that gives meaning and relevance‚ within context‚ to a public holiday for whatever purpose.”

Former North West Deputy Police Commissioner William Mpembe is one of six men facing charges of murder in connection with the 2012 Marikana murders.
News
4 years ago

Three men are due to appear in the Brits Magistrate’s Court on Tuesday in connection with the attempted murder of Association of Mineworkers and ...
News
4 years ago