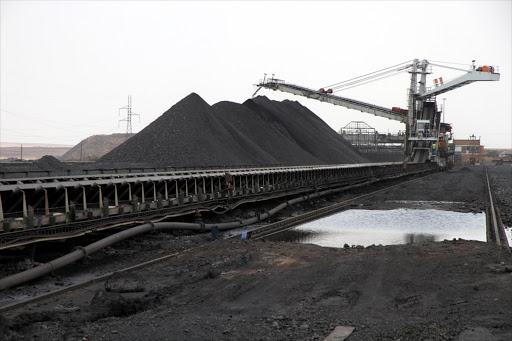 Eskom confirmed that it may allow Optimum Coal Mine to halve the amount of coal it is contracted to deliver each month‚ but disputed that it was willing to double the price it paid.

The state-owned power utility responded to a story headlined Eskom to bail out Gupta mine‚ published by City Press on Sunday‚ with a statement on Monday denying that it was in discussions to pay up to R450 per tonne.

"Discussions with Eskom’s attorneys indicate that the power utility is willing to pay up to R450 per tonne of coal from the mine‚ more than double the R200 it is currently paying‚" City Press reported.

Former public protector Thuli Madonsela wrote in her State of Capture report‚ published in October 2016‚ that Eskom had forced Glencore to sell Optimum colliery to Gupta-owned Tegeta by refusing to amend the contract‚ and furthermore assisted the Guptas to finance the deal by making a R660m prepayment for coal.

"Eskom is currently considering the business rescue practitioners’ proposal to reduce the monthly coal supply tonnage from 400‚000 to 200‚000 tonnage for the remainder of contract period given the precarious financial position of Optimum Coal Mine‚" Monday’s statement said.

Regarding City Press’s report that Eskom was considering raising the amount it paid Optimum for its coal from R201.46 per tonne to up to R450‚ the utility said: "We wish to state categorically that to date Eskom has not agreed to any price adjustment with the business rescue practitioners‚ and the allegations made in the City Press article on Sunday are factually incorrect and without basis.

"Should Eskom decide to accept any reduction of the coal supply tonnage‚ as proposed by the business rescue practitioners‚ such will be done at the current coal supply contract price."

The Gupta family has claimed another victory in its legal war with the National Prosecuting Authority – after the state withdrew its bid to freeze ...
News
3 years ago

No loadshedding this winter‚ Eskom promises

Despite lower than desired coal stock levels at seven power stations‚ Eskom says it is actively taking steps to manage the situation so that ...
News
3 years ago

The South African Revenue Service has for the second time allowed a multi-million-rand VAT repayment claimed by a Gupta-owned business to be paid to ...
News
3 years ago