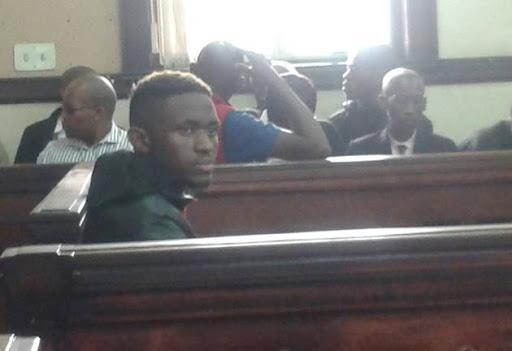 In a shocking move in Sandile Mantsoe's murder trial‚ the defence has decided to close its case without calling any witnesses to the stand.

Mantsoe is on trial in the Johannesburg High Court for the murder of his girlfriend Karabo Mokoena‚ whose charred remains were found in a ditch in Lyndhurst on April 28 last year.

Acting Judge Peet Johnson questioned Victor Simelane‚ for Mantsoe‚ on whether his client was aware that if found guilty‚ he could be handed a life sentence. Mantsoe told the court that he was aware of this.

Speaking to the media on the sidelines of the court proceedings‚ Simelane said they had decided to close their case without calling any witnesses because "the state has not proven its case beyond reasonable doubt… We are not going to help them."

The state has abandoned its bid to have Karabo Mokoena’s own words of how she was battered and bruised by her alleged killer‚ Sandile Mantsoe‚ ...
News
3 years ago

Mantsoe has denied killing the 22-year-old. His version was that he returned to his apartment after a meeting to find that his "troubled" on-and-off girlfriend had committed suicide by stabbing herself in the neck.

However other witnesses‚ including police officers‚ have testified that Mantsoe had said Mokoena needed to die to break a blood ritual that they had entered into in order to boost his business dealings.

The police officers alleged that Mantsoe claimed that his business had begun to suffer as a result of the two of them splitting up. In order to fix this‚ a sacrifice had to be made and this sacrifice was Mokoena‚ the police reportedly heard.

Mantsoe has denied these allegations and instead accused one of the police officers of trying to extort money from him.

The forex trader‚ who is a married father of three estranged from his wife‚ says that out of fear and panic that he would be blamed for her death‚ he disposed of her body by drenching it in pool acid and petrol‚ putting a tyre around it and setting it alight.

A post mortem failed to deduce what had killed Mokoena as her body was too badly burnt.

Mantsoe faces charges of premeditated murder‚ defeating the ends of justice and assault with intent to do grievous bodily harm. He has pleaded not guilty.

'Mantsoe said he and Karabo were bound by a spiritual leader'

One of the police officers who investigated the murder of Karabo Mokoena told the South Gauteng high court in Johannesburg that she overheard murder ...
News
3 years ago