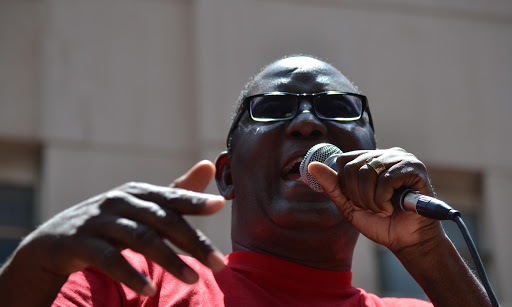 The general secretary of the SA Federation of Trade Unions (Saftu)‚ Zwelinzima Vavi‚ says unions must maintain their independence and deal with the issues that affect the workplace.

Speaking to eNCA on Tuesday morning‚ Vavi said union involvement in politics should not be about factions but representing worker issues.

“Unions must speak politics of the country. They must speak about issues that affect them in the workplace and in the communities. Unions must be truly democratic and unions must be fighting and not be sweethearts. They must be campaigning and must be based on militant unity of workers. They must not agree to hand over the working people to be further exploited by their class enemies.

“If Cosatu was to embrace those principles‚ we would unite tomorrow. Independence is the name…Can they claim to be independent from the ANC. [The answer is] No‚ they can’t‚” Vavi said.

SA Federation of Trade Unions (Saftu) general secretary Zwelinzima Vavi said on Wednesday that it was a mistake for workers to have voted for a ...
Politics
3 years ago

He was speaking ahead of the May Day celebrations hosted by Saftu in Bloemfontein. There have been differing views between Saftu and Cosatu on the roles the federations should play in the country’s political landscape.

Saftu‚ which was formed by breakaway unions from Cosatu‚ believes the relationship between Cosatu and the ANC has compromised workers. Saftu has already lashed at Cosatu for accepting the proposed national minimum wage of R20 an hour for all workers.

The new federation said the rate would keep the poor locked in poverty wages and suited the desires of employers to pay low wages. On the other hand‚ Cosatu accepted the minimum wage saying it would help protect all workers and should not be confused with a living wage.

There are many celebrations which will be held across the country by both Cosatu and Saftu.

President Cyril Ramaphosa is expected to speak at the main celebrations to be held in Port Elizabeth‚ in the Eastern Cape.