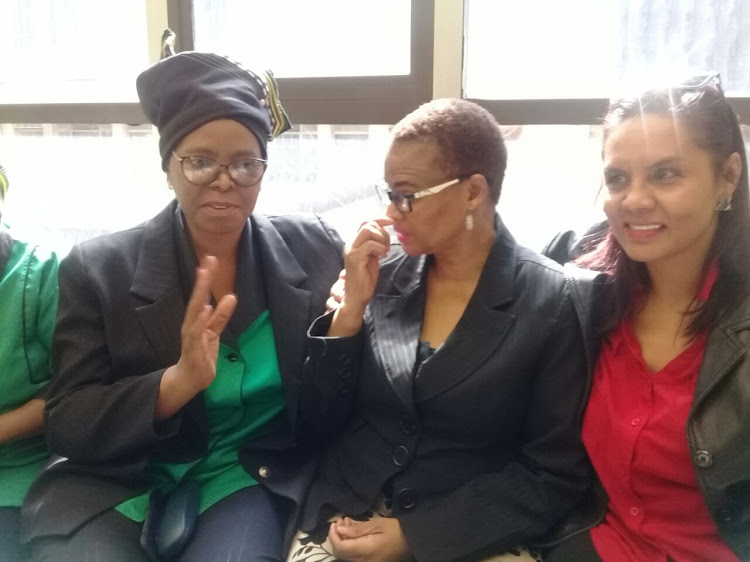 "I didn't kill her‚" convicted murderer Sandile Mantsoe said of his girlfriend‚ Karabo Mokoena‚ on Wednesday.

Speaking to the media at the High Court in Johannesburg shortly after he was found guilty of beating and killing Mokoena and destroying her body‚ Mantsoe said he had always wanted what was best for her.

"[Her family] knew the nature of our relationship. They knew that I was a positive influence in her life. All these things about homes and stuff. I inspired her to start those things. I was the one who was helping her set up NGOs. I have experience in setting up NGOs‚" Mantsoe said.

"I tried to be a positive influence in her life but its unfortunate that I came into her life at a point when things were really bad. Maybe I am guilty of trying to build a person and being the last one there when she collapsed. The truth of the matter is I tried my best to make the best of the opportunities‚" he said.

Sandile Mantsoe was found guilty on Wednesday of murdering his girlfriend‚ Karabo Mokoena‚ and disposing of her body by burning it beyond recognition.
News
3 years ago

Mantsoe seemed unfazed by the guilty verdict‚ even lifting his hands‚ gesturing a piece sign as he walked down from the dock to the holding cells.

He looked up from the steps‚ where he cupped his hands in a prayer-like position‚ ignoring the insults which were hurled at him from some of the people in the court.

Acting judge Peet Johnson found that Mantsoe's version that Mokoena had committed suicide was improbable and accused him of fabricating evidence which he hoped would swing the court proceedings in his favour.

The 28-year-old forex trader‚ a married father of three who is estranged from his wife‚ was arrested almost a year ago for the killing of Mokoena.

The pair had had an on-and-off relationship. Mokoena's friends and family testified that the relationship was toxic‚ accusing Mantsoe of repeatedly assaulting Mokoena to the point that she spent her last birthday alive in hospital. She sent pictures of her bruised face to her friends.

Mantsoe‚ on the other hand‚ had painted Mokoena as an abusive lover‚ who was troubled by her past. He alleged she had had a terrible relationship with her father and said Mokoena had been disturbed by a miscarriage she had suffered from a prior relationship and a rape ordeal. He further said she had been addicted to the high life and had frequented some of Sandton's expensive apartments.

He had submitted that he had returned home on April 28 2017 and found that Mokoena had committed suicide by stabbing herself in the neck.

Mantsoe said he had feared that he would be blamed for her death and thus had decided to dispose of her body by drenching it in pool acid and petrol before setting it alight in a ditch in Lyndhurst.

The badly charred‚ unrecognisable remains were found the next day by a passerby.

A post mortem failed to determine what had killed Mokoena as all her vital organs had been destroyed in the blaze.

Mantsoe is to be sentenced on Thursday.