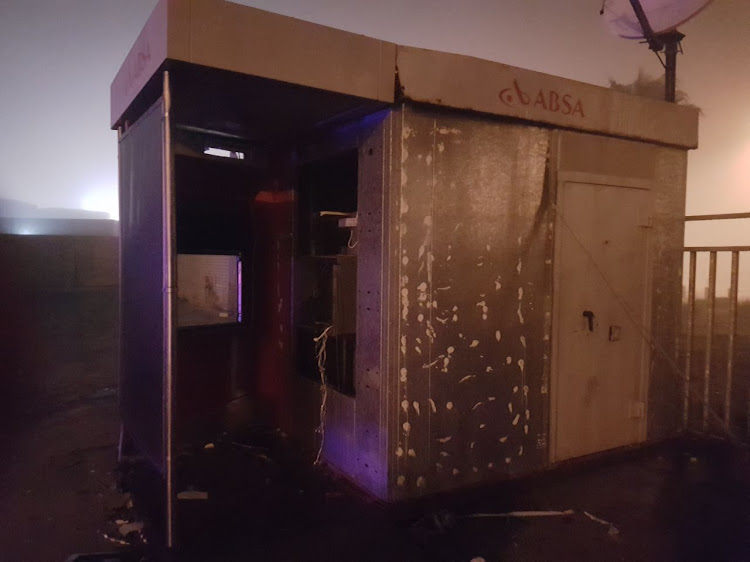 City law enforcement spokesman Wayne Dyason said that an ATM at a petrol station had been set alight along with a fruit stall and a vehicle.
Image: City of Cape Town

In Johannesburg‚ the roads that were closed included Modjadji Street in Pimville‚ Soweto‚ Klipspruit Valley Road at the intersection with N17 Orlando West and Union Road in Kliptown.

“The situation is much better now and all the roads have been cleared. There was a burning of tyres and the roads were barricaded‚” Minnaar said‚ adding that he was not aware why the residents were protesting.

Other reports said that the areas were a no-go zone.

@TrafficSA N12 blocked with rocks just before the Golden Highway offramp. Traffic at a standstill while Metro cops watch from a distance 😢

In Cape Town‚ several roads were closed as violent protests erupted early on Wednesday in Mitchells Plain. City law enforcement spokesman Wayne Dyason said that an ATM at a petrol station had been set alight along with a fruit stall and a vehicle.

On Tuesday‚ sporadic protests near Macassar‚ just outside Cape Town‚ resulted in massive traffic delays for commuters returning after the long weekend. Small groups of about 30 protesters had managed to bring the N2 freeway to a standstill‚ blocking roads with burning debris.

Port Elizabeth resident Paul van Coller shared on Facebook that “riots and burning are going on between Rowellan Park and Greenbushes‚ near Algoa Steel.”