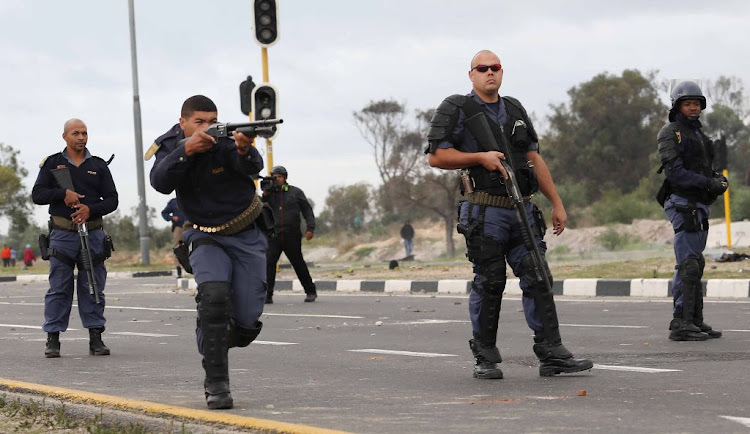 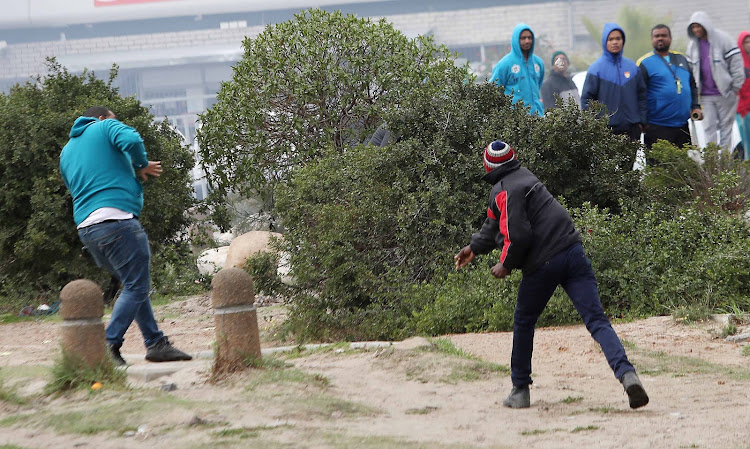 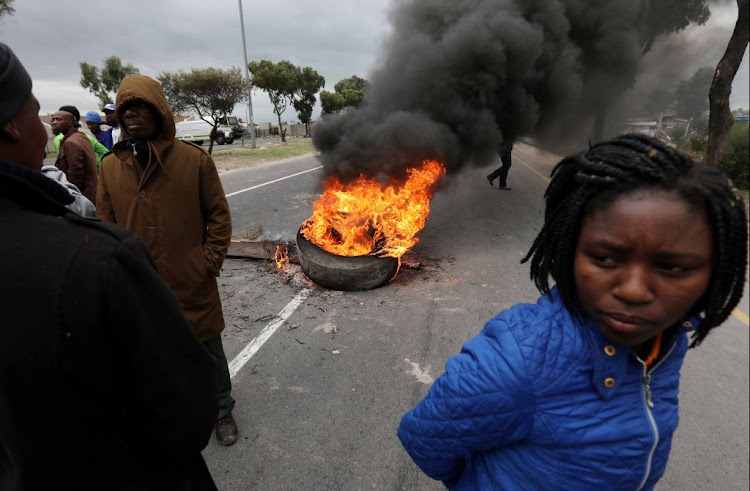 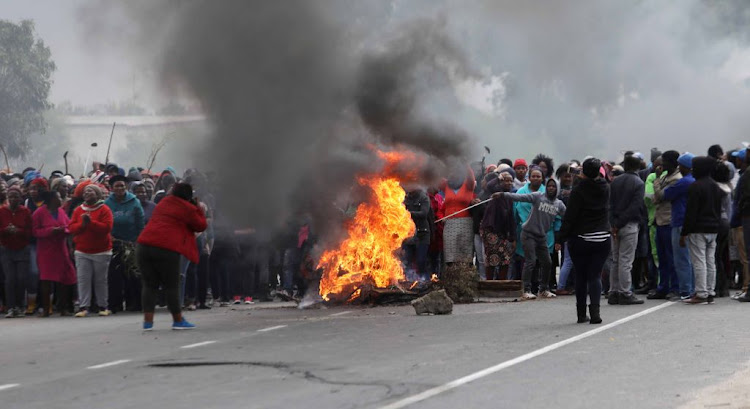 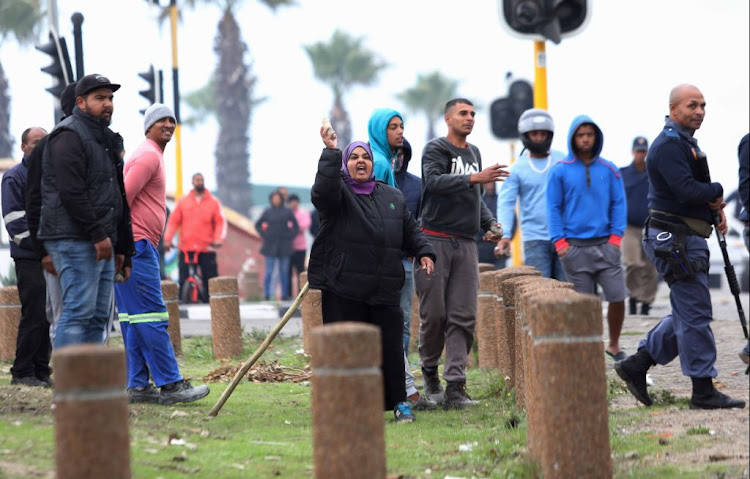 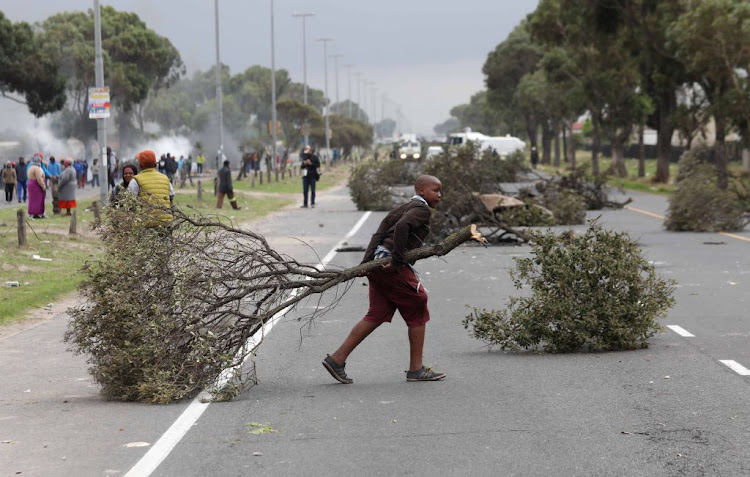 Several roads were closed as overnight protests continued into the morning‚ leaving an ATM gutted by fire at a petrol station‚ along with a torched fruit stall and a vehicle.

Mitchells Plain woke up to protests on May 2 2018. The protest was over land and a lack of service delivery.

Residents from Siqalo informal settlement are demanding land and the provision of electricity and sanitation in the area. But tension escalated when their “fed up” neighbours took to the streets to complain about the roads being blocked.

Siqalo residents ran for cover between their corrugated-iron shacks as police attempted to disperse the groups to avoid the looming confrontation between neighbours.

The groups started throwing rocks at each other after a scuffle broke out between an informal-settlement resident and a man from Mitchells Plain. The latter lifted his shirt to indicate he was armed‚ prompting somebody to throw a rock.

Siqalo community leaders told TimesLIVE they were protesting because they wanted the city of Cape Town to buy the private land where they were staying. They said they had lost a court case against the land owner and were at risk of being evicted. They also demanded electricity and sanitation. They said the city has already provided them with running water.

"We want land first. And then electricity‚ and then houses‚" said community leader Anele Manele. Community "chairperson" Thelma Tshabile said they had been staying there since 2012. "We want the city of Cape Town to come here. We are sick and tired of going there. This is our land‚" she said.

A resident of the rival crowd from Mitchells Plain said they were "fed up" with the Siqalo protestors who had blocked their routes to work and school. "The owners of the ground won a high court case. These people must leave this land now. It doesn't work like this. These people were allowed to occupy this land without permission of the owner‚ and the government is giving them water‚ they are getting toilets. We have to pay for those things‚” said the resident.

Police have made arrests. Spokesperson Wayne Dyason said the situation was “still tense and volatile”.

IN PICTURES: Officials survey the damage after trucks torched on N3

Protests in Mooi River on Sunday night resulted in the N3 and the R103 being closed overnight and 54 people being arrested for public violence.
News
2 years ago

Two police constables have been arrested after they were identified in a crowd that looted shops during a service delivery protest in the Northern ...
News
2 years ago

Cape Town police are investigating a case of arson after a municipal building was set alight in Macassar on Monday morning.
News
2 years ago
Next Article