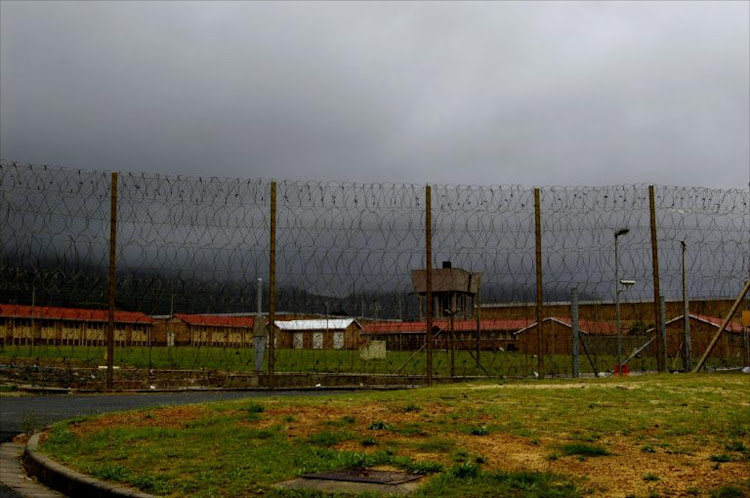 Pollsmoor prison is still overcrowded despite a court ruling in 2016 ordered that the facility reduce the number of inmates‚ the Judicial Inspectorate for Correctional Services (JICS) said on Friday.

Spokesperson for the inspectorate‚ Emerantia Cupido‚ said that overcrowding was particularly bad for the female incarceration centres‚ which were 200% over capacity.

“In the Saldanha court judgement‚ the Department of Correctional Services (DCS)‚ in particular the Head of Centre of the Pollsmoor Remand Detention Facility was ordered‚ ‘to develop a comprehensive plan‚ including timeframes for its implementation‚ which addresses and will put an end to: the deficiencies in the provision of exercise‚ nutrition‚ accommodation‚ ablution facilities and healthcare services to the inmates of Pollsmoor Remand Detention Facility (RDF); and the deficiencies identified in the Prison Visit Reports by Justice Cameron‚ dated 27 July 2015‚ and 13 August 2015‚ (the Cameron Report)’‚” said a statement from the correctional services watchdog.

This judgment meant that the number of individuals in the remand facility should be no more than 120% of its current approved accommodation number.

Inspecting Judge‚ Justice Johann van der Westhuizen‚ said: “The legal mandate of JICS is to guard over the human dignity of inmates‚ which is inextricably linked to the dignity of all in our country. Whereas overcrowding is a huge general problem in South African correctional centres‚ the situation of women and infants – especially in Pollsmoor – is unacceptable‚ sad‚ and indeed inhumane.”

Cupido said: “These figures indicate that the remand population is spread out at the various centres across Pollsmoor. What is most alarming‚ and has not been taken cognisance of‚ is the large amount of females (732) incarcerated which includes eight infants. The majority of cases that have been reported and published in the media have mostly focused on the male population‚ but in this instance the totals of the female centre is almost 200% over capacity.”

A large number of females incarcerated are awaiting trial prisoners. Cupido said these women often have lengthy stays in prisons. In some instances their cases are thrown or postponed indefinitely.

“Human factors” are to blame for the recent spates of escapes from prisons.
News
4 years ago

Is there a plan to protect SA from dangerous jailbreakers?

Justice Minister Michael Masutha must provide MPs with a plan on how his department will prevent jail breaks.
News
4 years ago